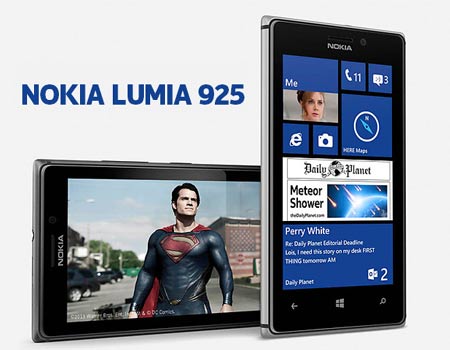 The 32GB Vodafone Nokia Lumia 925 is out at a tempting £0 on contract for those in the UK who were eying the phone, but thought 16GB is just too less of inbuilt storage. The network provider has begun taking registrations for the 4.5-inch device by Nokia, without demanding any stipulated upfront amount, although users will have to part with £34 monthly for two years as per the service agreement.

Not many days ago, the Nokia Lumia 925 had been put up for pre-order through Carphone Warehouse and Phones 4u. This is when we had first heard of the telecom operator’s intentions to stock the 32GB unit. The smartphone as many are aware by now, has been fitted with a PureMotion HD+ display sporting a WXGA resolution. 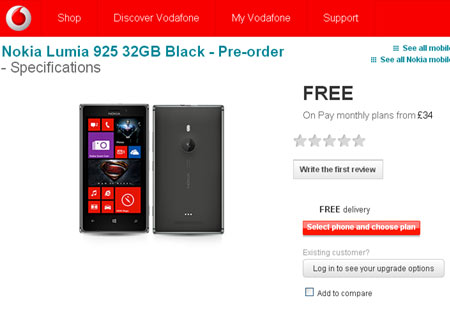 With a view to emphasize on its camera qualities, the company has fastened the handset with ‘more than your eyes can see’ tagline, seeing as it boasts of an 8.7MP PureView snapper featuring a Carl Zeiss Tessar lens. Employing this shutter will open users to elements like auto focus and a dual LED flash.

Under its hood, the Nokia Lumia 925 sheathes a Qualcomm Snapdragon S4 processor with two cores, each clocked at 1.5GHz. This chipset seeks companionship in the inbuilt 2,000mAh battery and 1GB of RAM within the device’s chassis. Armed with the Windows Phone 8 OS, the gadget shows off a user interface dominated by Live Tiles.

The carrier in question is exclusively selling this variant of the Nokia Lumia 925 in black and it has a few more schemes up its sleeve, apart from the aforementioned one. For instance, there is the Red plan which does not offer the phone for free, but requests per month payments of £29 following an upfront price of £99. Also, the device’s 16GB unit has been added to Three’s line-up and can be pre-booked for free with data plans starting at £35 per month. It is expected to arrive on June 21, says the carrier. 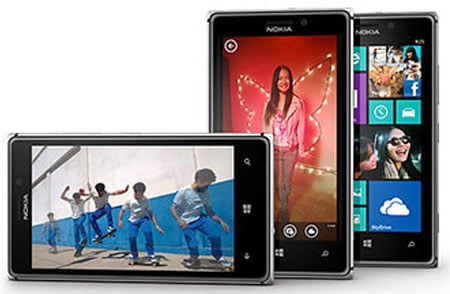 Here are the Lumia 925 specifications: