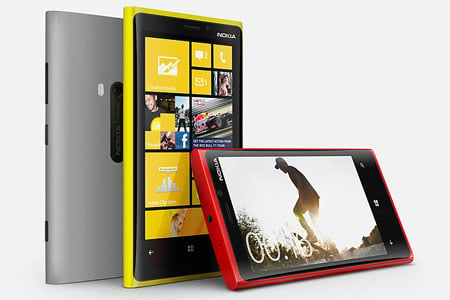 The Nokia Lumia 920, 820 and 620 have been launched on Vodafone in the UK and have finally brought along price details. A few days ago it was revealed that the devices would reach the nation through the carrier in question, bringing a helping of Window Phone 8 features and functionality. And they touch down along with the HTC 8X and 8S.

With the Lumia 920, users will get Qi wireless charging in addition to NFC capabilities that allow them to pair with devices including speakers to play music wirelessly. The phone has a 4.5-inch PureMotion HD+ IPS display with a 1280 x 768 pixel resolution, an 8.7MP camera with AF and dual LED flash and a 1.2MP front-facing webcam. Inside there is 1GB of RAM, 32GB of memory and a 1.5GHz dual core Snapdragon S4 chip, in addition to a 2,000mAh battery.

It is available on the carrier’s Red Data plan with no upfront payment for £42 a month on a two-year contract and will include unlimited texts, unlimited calls and 2GB of data. It can also be purchased on other schemes such as with a £129 down payment for £33 per month. This will come with 600 minutes, unlimited texts and 500MB of data for a period of two years.

The 820 is a slightly stripped-down version of the above smartphone and comes with a 4.3-inch ClearBlack AMOLED display. Resolution is considerably less at 800 x 480 pixels, but it retains the same 1.5GHz dual core processor. There is also an 8MP primary camera and a VGA front webcam, along with 1GB of RAM and a 1,650mAh battery. It too will feature the convenient Qi charging capability, buy with select back covers. 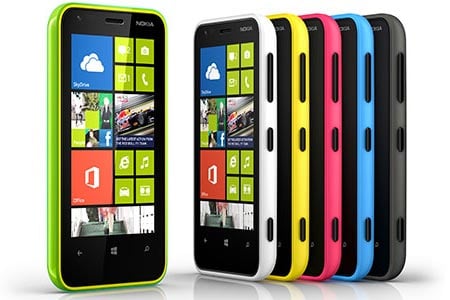 This device can be picked up on a similar 24-month red plan for £33 a month with unlimited calls, unlimited texts and 1GB of data, without paying anything towards the cost of the phone. It can also be bought for a one-time payment of £99 for £25 a month, which will include 300 talk minutes, unlimited text messages and 250MB of data, also on a 2-year contract.

Lastly, the 620 comes with several attractive shells and a ClearBlack display spanning 3.8 inches with the same resolution as the handset in the middle of the range. Wireless charging won’t be possible, but it will have a 5MP camera with auto focus and LED flash. 512MB of RAM will make its way to the device with an 8GB ROM and a dual core 1GHz S4 CPU. Other attributes include 3G, Wi-Fi and NFC connectivity.

The Nokia Lumia 920, 820 and 620 are stocked at all Vodafone stores in the country and can be purchased now.