Vodafone Huawei Ascend Mate out in the UK 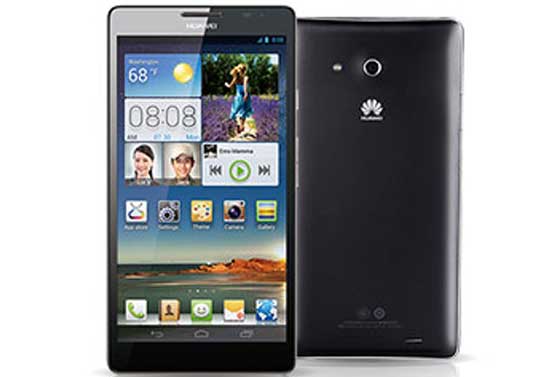 Within a week of Vodafone announcing its intention to welcome the Huawei Ascend Mate, the 6.1-inch handset is now available through the carrier in the UK for free with monthly price plans. The service provider is selling the Huawei Ascend smartphone under four schemes, each of which will be tied to a span of 24 months and will offer unlimited messages.

The most inexpensive scheme for the Huawei Ascend Mate in the lot starts at a price of £25 per month. Subscribing to this will render up to 300 minutes of talk time and 250MB of data consumption. On the other hand, shelling out £29 will permit free calls for up to 600 minutes and less than 500MB of Internet usage. Both these schemes tag along 1GB of UK Wi-Fi at absolutely no charge. 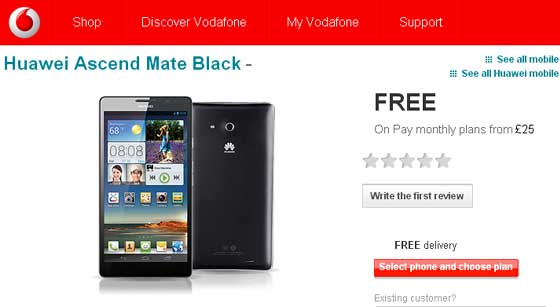 Next up is the Red plan which also allows subscribers to use up 1GB of Wi-Fi in the region. It demands that customers pay £33 for unlimited talk time and up to 1GB of cellular data usage. And lastly, users will come across a similar scheme, except with a 2GB of data consumption offer if they don’t mind shelling out £38 every month to take the home the Huawei phone.

Seen below is a list of the smartphone’s key specifications: