VLC for ARM-based Windows 8 tablets gets funded on Kickstarter 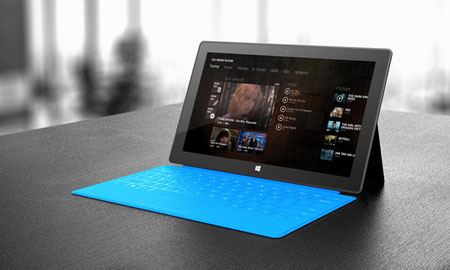 VLC for Windows 8 has achieved its funding goal on Kickstarter with a few days to spare. The video player, propelled to fame for its simple interface and its ability to play a wide variety of formats, has become somewhat of a staple install on desktops going back a few years.

While the Windows 7 version will run on Windows 8 desktop PCs that use Intel chips, it won’t function on tablets based on ARM architecture. And this project aims to cover that ground delivering video playback in a new bundle to those who own such devices, The Next Web reports. The developers say they are fairly certain that they can overcome any technical issues that might crop up when creating a Windows store app.

The roadmap that the team has laid down is primarily to focus on a version for Windows 8 for Intel-based PCs, followed by a version for Windows RT. With the Kickstarer goal having received the necessary funding and the team taking a deeper look into managing the process of development, it has emerged that a Windows Phone version is also feasible and should be released soon after the one optimized for surface tablets. This ease comes courtesy of the similarity between the WP8 APIs and Windows 8.

And the good news is that Microsoft has shown interest in having the video player on its store and is ready to work with the VLC developers, supporting them directly through non-financial means. This amounts to assistance in terms of the technical details and design. It is still uncertain though, whether the store will allow additional codec upgrades to be distributed.

In addition, the developers plan to add more features with subsequent releases, so long as the money from the project remains. These include camera input support, DLNA client and server integration, and support for Microsoft’s SmartGlass. The camera input support will let users record through the device’s cameras and stream it live.

With a projected development time of about 3 months, VLC for the new Windows 8 user interface should start rolling out by the end of March or the beginning of April next year, with more functionality planned in subsequent releases. Getting the metro-optimized version on the Windows store is one of the biggest hurdles. Once that has been surmounted, the rest is expected to go smoothly.