VLC for iOS is now back in the Apple App Store 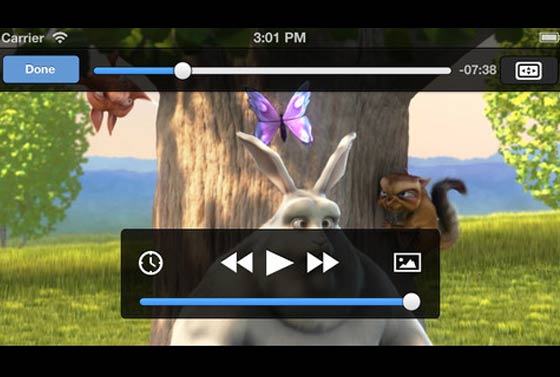 After a hiatus from the Apple App Store, VLC for iOS is back with a bang. The application’s long absence period from iTunes started back in January 2011, not even six months after it was introduced for iPhone, iPad and iPod touch devices. The VideoLAN utility has been vending its way into the virtual store for various countries around the world all of today.

Arguably amongst the most popular media players in the market, VLC is a free and open source software. It’s one of our favorites because of the intuitive controls and the number of supported file formats. Judging from the comments on iTunes, iOS users seem very glad to have it back. The app is a 16.7MB download numbered version 2.0.1. It can handle Finnish, German, French, Russian, Indonesian, Italian, Japanese and Spanish, apart from English.

The wait for its return began when the application developers got into fisticuffs over the issue of the GNU General Public License (GPL). Apple’s iTunes terms of use apparently contradict certain rules by which the GPL plays. At VideoLAN’s request, the iPhone maker pulled the tool from the App Store. The Next Web reports that the revamped VLC software comes under the Mozilla Public License v2 and the GNU GPL v2 or later, in a bi-licensed deal of sorts.

But ‘revamped’ was perhaps the wrong word to use. It’s been noted that the media player has been almost entirely reconstructed. It allows for uploads over Wi-Fi, can handle subtitles (covering Closed Captions or SSA too), features passcode lock, permits tweaking of playback speed and much more. Users can also beam content to external screens, take advantage of video filters, look forward to native support for several audio tracks and so on and so forth.

Downloading VLC for iOS will require you to have v5.1 or higher of the Apple mobile OS on your device.