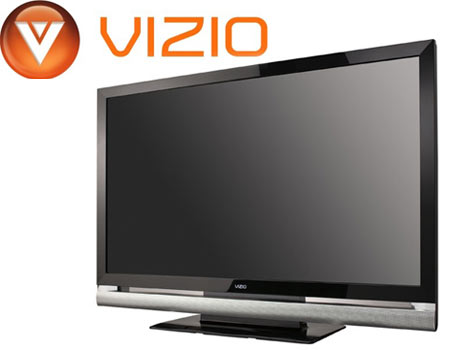 Vizio Technology has raised the curtain off its new range of cutting edge technologies. The company has introduced the Extreme Vizio Technology (XVT) series that comprises of 8 models of HDTV’s. The new models have monitors ranging from 32” to 55”.

The LCD HDTVs provide 240Hz scenes/sec, TruLED with Smart Backlit technology. The Vizio Internet Apps feature is also incorporated and the monitors are high on style falling into the Slim Line profile. The televisions provided by Vizio claim to be energy efficient and exceed Energy Star qualifications by 20%.

This year’s Extreme Vizio technology is stepping forward with a full HD 1080p line-up. The company is also looking forward to the release of new models of 32” and 37” Hz Slim Line. All models witness the incorporation of the USB video inputs that offer high-quality 1080p video playback and a mega dynamic contrast of 2000000:1. Due to its contrast display the black levels are amazing and imagery is all most three dimensional.

Laynie Newsome, VIZIO Co-Founder and VP Sales and Marketing Communications, expresses, “Our 2009 line of Extreme Vizio Technology, (XVT) series truly advances performance, function and form for our customers with unequalled value. Extremely fast 240Hz SPS Technology coupled with TruLED and Smart Dimming provide first in class picture quality, our VIA Connected HDTV feature enables ‘easy-chair’ access of internet content and our new 120Hz Slim Line HDTVs are perfect in the most popular sizes to enjoy their design and appreciate their style. This power packed line up of Vizio XVT series televisions incorporates the latest technology for consumers at excellent values.”

Vizio’s VIA Connected HDTV feature offers viewers the control of web based content on the television set by the touch of just one button. The comfort of traditional viewing or recorded video is now available simultaneously with the widest range of internet content and services through this function. It holds a built-in wireless 802.11n dual band and wired networking.

It also features a universal remote control and a sliding QWERTY keyboard that enables simplified thumb typing. Connecting the Vizio TV and customizing the remote control to other attached CE source devices is made easy with an interactive set-up guide. The VIA Connected feature also integrates multiple technologies and software services to render a distinct experience free of complexities.

The Yahoo Widget technology is also incorporated and it gives an open platform that allows a new line of internet services. Support for the Adobe Flash Platform for the digital home is also inclusive to the Vizio platform. HD video, rich applications and other Web content can be delivered to internet connected televisions, set top boxes and Blu-ray players due to the optimized implementation of Flash technology.

The VF550XVT has a full HD LCD HDTV and is priced at an estimated $1999.99. The VF551XVT and the VF550XVT are both armed with Smart Dimming and Backlight TruLED. All three models hold a 55” monitor and the latter models with additional features are priced at an estimated $2199.99. All models are expected to ship throughout summer and into fall 2009.