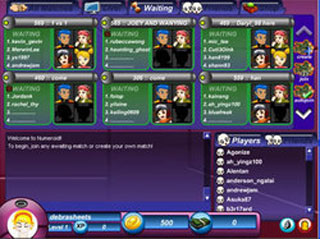 VION Mobile, the developer of rich media content applications for social networking and content provider announced the release of Numeroid, the mobile game at CommunicAsia on June 17, 2008.

Numeroid is a fast and furious game requiring mathematical calculation from the part of the user to defeat opposing ‘tank driving avatars’ in the battle set in space. It is a multiplayer game adding to the list of social gaming environment on Viwawa.

Viwawa provides multiplayer games that subscribers can play both on the internet and their mobile phones by getting connected through Web 2.0 chat technology, blogs, game strategy forums and avatar creation tools.

VION Mobile has been providing premium multiplayer games, Web 2.0 chat and IM technology, avatar creation engine and portal solutions since 2003 to enterprises, and is a part of SilkRoad Equity family of companies.