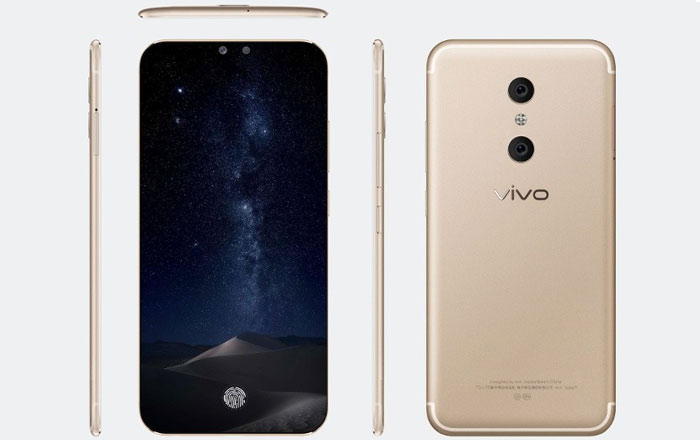 Vivo’s already generated a ton of buzz over being the first company to launch a phone with an under-display fingerprint scanner. Now it might just gain another trophy by coming out with the first handset which has 10GB of RAM.

The smartphone in question is the Xplay7, its upcoming flagship offering. The device has shown up in a Weibo leak which contains a couple of slideshow presentations which reveal a great deal about the handset. Such slides are easily faked though, so it’s best to take in the information with a healthy dose of salt.

As per the leak, the Xplay7 is going to be bestowed with a 4K OLED display which will take up 92.9% of the front side of the device. This is easily one of the biggest screen-to-body ratios which has come out in recent times, rivaling the Galaxy S8’s 84.26% and the Mi Mix 2’s 80.81% numbers.

Vivo may also bless it with 256GB and 512GB storage options, appropriate given the insane 10GB of RAM which might reside inside. The latter could work hand-in-hand with Qualcomm’s top-of-the-line Snapdragon 845 SoC to pack an extra processing punch.

As expected, the Xplay7 is said to support the same Synaptics tech for in-display fingerprint recognition. It may also offer users another biometric authentication choice in the form of Face ID 2.0, presumably its own version of Apple’s facial recognition tool.

There’s no price or launch date information about the Xplay7 out yet, but it should get announced within the next couple of months. If the leak turns out to be accurate, the handset will easily be one of the most powerful Android phones on the market.