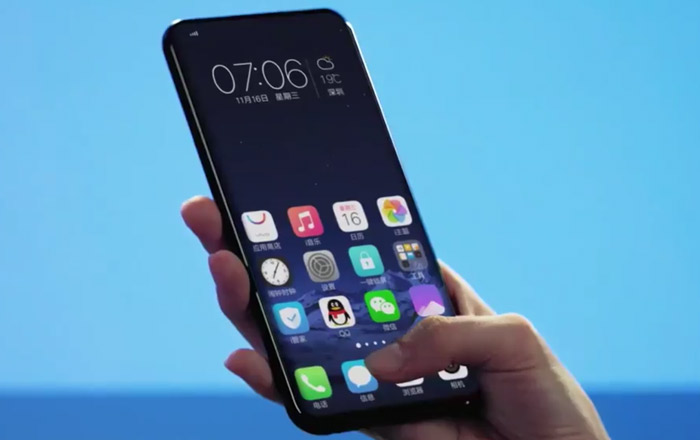 Turns out those rumors about Vivo stealing Apple’s thunder were true after all, with the Chinese major unveiling its under-display fingerprint scanning solution at the MWC Shanghai 2017. It also announced its all-new Digital Signal Processing (DSP) photography and Hi-Fi audio solution.

Before diving in, it should be noted that Vivo hasn’t actually begun manufacturing a phone with its Under Display Fingerprint Scanning Solution yet. It’s just announced the innovation for now and is showing it off at the MWC Shanghai with the help of a prototype.

Vivo’s developed its tech with the help of Qualcomm’s similarly new ultrasonic fingerprint technology. The latter’s solution can unlock devices through glass and metal. The former claims that the ultrasound from the sensor is capable of penetrating an OLED screen which is 1.2mm thick.

Also See: Vivo V5s Review: A selfie phone through and through

Vivo says its Under Display Fingerprint Scanning Solution offers a distinct advantage over capacitive and optical fingerprint recognition technologies in terms of waterproofing and anti-ambient light. The firm’s keeping things loose about where exactly it’ll be placed, stating that the reader could be fixed under the screen, in the frame, or behind the metal shell.

Without the need for a separate fingerprint scanning component, Vivo would be free to get rid of the traditional home button and employ a full-screen bezel-less display. Its press release on the topic further mentions using it for features like gesture recognition and security verification.

As for Vivo’s DSP Photography Solution and Hi-Fi audio, the first is set to improve photo quality in low-light conditions and the second incorporates a customized DAC decoder chip and headphone amplifier technology.