Having launched the Xplay 3S flagship, Vivo has now set its sights on the imaging segment with aims to take on the photography behemoths like the Xperia Z2 and Lumia 1020, with its own camera-focused smartphone, the Xshot. The handset has been confirmed to carry a 24MP rear shooter that has an f/1.8 aperture and OIS.

Vivo has teased the camera capabilities of its upcoming Xshot smartphone on its Weibo account. The primary camera used here will be made by Sony which isn’t surprising seeing as many OEMs have been implementing image sensors from the Japanese conglomerate, but this one is new. The snapper will feature Exmor RS technology and it will have an f/1.8 aperture that’s wider than the f/2.2 aperture on the Lumia 1020 and the f/2.0 aperture on the Xperia Z2, highlights PhoneArena. 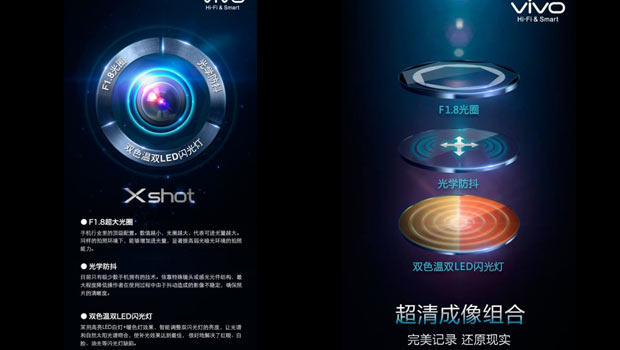 You’ll also find optical image stabilization (OIS) and dual LED flash onboard the Vivo smartphone. Coming to the camera’s capabilities, the company has confirmed that the Xshot will be able to record videos in 4K resolution and 3D. One of the teaser images also showcase a dedicated camera button, but the rest of the smartphone has been kept hidden. What’s more, the company will implement a 7.68MP lens on the front which is pretty unusual. Based on what the tease image shows, the handset will have a metal frame, physical capacitive buttons and a polycarbonate form factor. 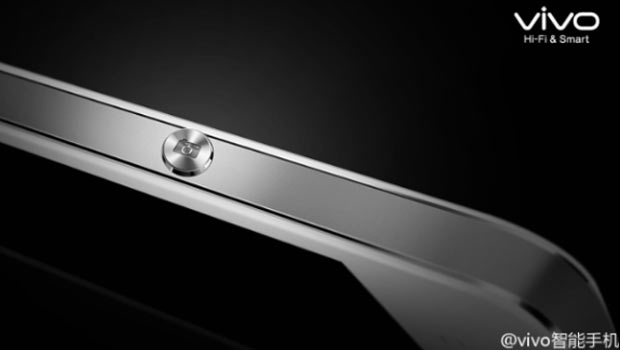 Here are the rumored specs of the Vivo Xshot:

The Vivo Xshot will go on sale in China and we’re still to hear whether the company plans to launch it globally.