No matter how much you deny it, the trend of selfie phones is here to stay. In fact it’s so deep-rooted right now, that companies are not hesitating to put more powerful cameras on the fronts of the devices rather than at their backs. The Vivo V5 is an example of this approach, for it plays host to a 20-megapixel selfie camera and a front facing flash. Now that’s a bold decision; bolder even than pricing this phone at Rs 17980. That’s quite a high price for the specs its offering. Let’s see if it deserves it or not!

The iPhone inspiration in the design cannot the ignored, but it’s a staple for Chinese handsets anyway. The back surface is not made of metal, but to be honest, it took us some time to realize this, as it does look and feel very premium. The shiny accents on the back and the sides surfaces, even those around the 13-megapixel rear camera add to its great looks. This phone’s curved surface is good for ergonomics, and the buttons are also very accessible. The fingerprint scanner does not click, but it does double up as a home button. The V5 has backlight on its back and recent keys, but it is very dim. 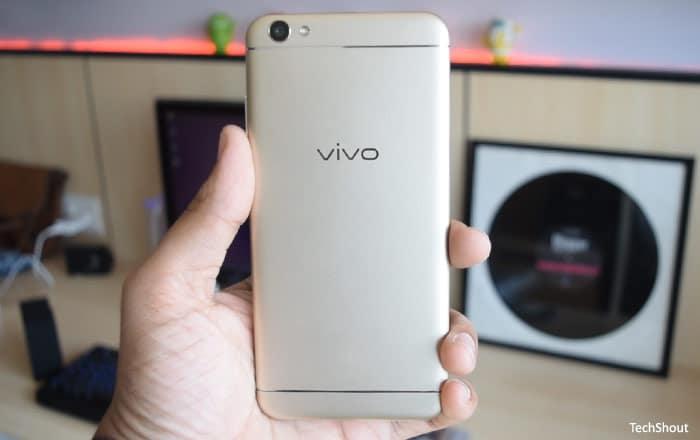 On the front is a 5.5-inch IPS LCD display with 720p resolution, even though it costs around Rs 18000. Anyway, it has 2.5D gorilla glass covering it, which is again covered with a screen guard that comes factory fitted, strangely. The front of the Vivo V5 also houses the much hyped 20-megapixel camera and the equally hyped Moonlight flash. At the bottom, you’ll find a speaker grill, a headphone jack and a micro USB port. Two SIM cards can be inserted into this device but not when you’re using a microSD card. You probably won’t need one though, since 32GB of storage is already available. It’s good to know that a 3000mAh battery has gone inside it, and this explains its thickness of 7.6 millimeters.

Although it’s disappointing that the resolution of this IPS LCD its 720p, the panel itself isn’t all that bad. It’s pretty bright for outdoor use, its saturation is also admirable and so are its viewing angles. 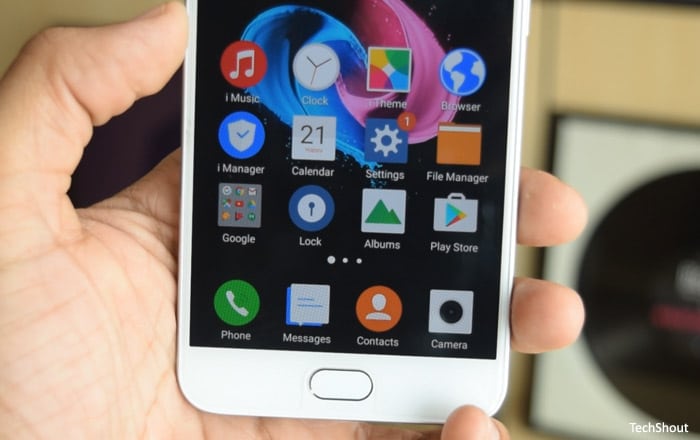 The single speaker at the bottom of the Vivo V5 is loud and it’s surprising that it keeps remarkable sound quality even at high volumes. The experience gets even satisfying when you’re using headphones, and the credit for this goes to Vivo’s custom-made Hi-Fi DAC. When the Hi-Fi mode is activated, it throws out even more crisper audio. Your music will sound fantastic on the Vivo V5.

Vivo’s Funtouch OS is unsurprisingly very identical to other Chinese ROMs in terms of its features, and in terms of its looks and interface, the resemblance with iOS is uncanny. It’s running on Android 6.0 Marshmallow, if you’re wondering. Nothing much has changed from previous-gen Vivo phones, but a few new additions do enrich the experience. One is the eye protection mode which is nothing but a blue light filter and the other is Smart Split 2.0 which is basically the same Multi Window trait from the V3 phones but with support for more apps. 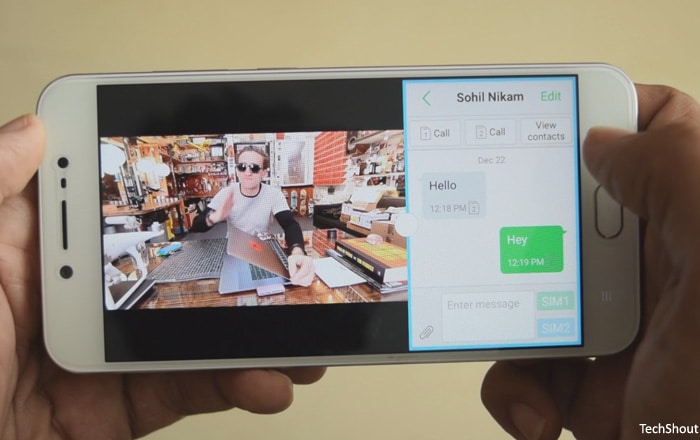 Other software features are worth highlighting as well. Like the ability to lock apps with fingerprints, a built-in screen recorder that also takes long screenshots and lets you doodle on them and a number of gesture-based commands.

As you know, all the attention rests on the 20-megapixel front camera of the Vivo V5, and also its Moonlight flash. The higher resolution translates into great image quality when you’re outdoors and in adequately lit environments. These selfies are sharp and detailed and they even offer a good depth of field. When the action moves into low light territory, this camera falters. The selfies lose their detailing and become downright grainy. The diffused light put by the Moonlight flash does the job of adding soft light pretty well, but it doesn’t help the bad image quality.

And now for the 13-megapixel rear camera! It’s was clear from the start that this camera wasn’t where a lot of Vivo’s attention had gone, and that is made very clear by the images. The dynamic range is bad and the images always look slightly washed out. You will notice lack of detailing as well. In low light, the lack of detailing is accompanied by a ton of noise to make the pictures even more undesirable. 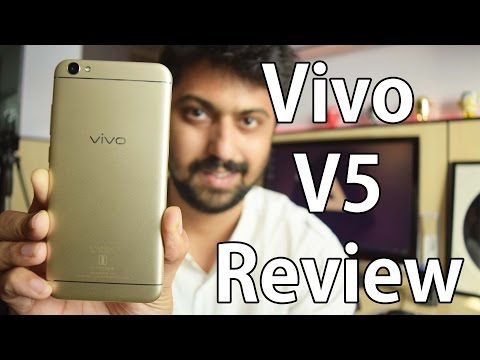 As for the video quality, it is actually better than the image quality. Do note that both the front and rear cameras can capture 1080p clips and there’s no stabilization feature onboard. The Camera app is again influenced by iOS. Both the cameras have beauty modes and a number of Snapchat like stickers, apart from the usual list of filters. A manual mode is available alongside timelapse, night, slow motion, panorama and HDR modes, and even a mode that serves the purpose of apps like CamScanner.

The Vivo V5 runs on an octa core MediaTek MT6750 processor and 4GB of RAM. This combination works perfectly to create a very satisfying user experience. The apps open swiftly and the phone can handle multi-tasking without compromising on speed. This phone handles heavy games very well. They don’t have the fastest load times, but they don’t falter once you start playing them. 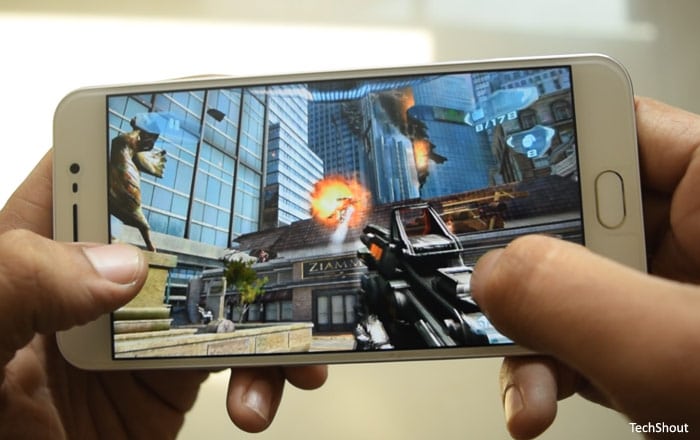 A 3000mAh battery goes inside the Vivo V5, and it turns out to be one more of its strong points. This power pack helps the device keep running for one and a half day with moderate usage. And if you decide to use it sparingly, you can even extract two days of battery life from it. Goes without saying that even with heavy usage, you can manage to keep the phone running for an entire day.

The Vivo V5 gets many things right, but it really got one major factor very wrong – the price. Its specifications and its overall ability do not in any way justify its price tag of Rs 17980. It offers great performance, nice software, superb battery life and of course a high resolution selfie camera. Its disadvantages turn out to be its low resolution display and its average rear camera. With all these, a price of somewhere around Rs 12000 would have been quite appropriate. We’re gonna have to go with 3 out of 5 stars.