Vivo’s officially added two new models to its selfie-focused V5 series in the form of the V5 Plus and V5 Lite. The first has had its specs leaked out before, but the second appears to be an entirely fresh product.

Starting off with the V5 Plus, the handset’s claim to fame is its 20MP and 8MP dual front-facing cameras. The former is accompanied by a Sony IMX376 sensor, f/2.0 aperture, and 5P lens to capture snaps, while the latter records depth-of-field information. Both combined give rise to features like a bokeh effect to highlight the foreground and artistically blur the background.

The twin-snapper setup also allows users to refocus or blur parts of the photo even after it’s been clicked. There’s also Vivo’s Selfie Softlight feature which is supposed to recreate the lightning effects of a professional photography studio, serving up options such as Buffing, Skin tone, and Whitening.

Moving on to the Vivo V5 Lite, the handset arrives as the entry-level choice in the lineup. It makes do with a single 16MP shooter on its front equipped with the same Selfie Softlight tool. In terms of specs, it packs 3GB of RAM, 32GB of ROM, a 3000mAh battery, a 5.5-inch 720p screen, a 13MP rear snapper, and an unnamed octa-core processor. 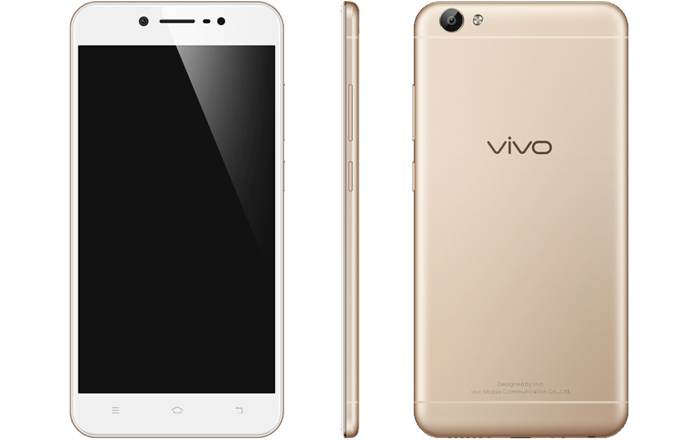 Specifications of the Vivo V5 Plus at a glance:

Price details of the Vivo V5 Plus and V5 Lite haven’t been announced yet. The first is set to land in India on January 23 and the second will be sold in the Philippines, Myanmar, Thailand, and Indonesia soon.