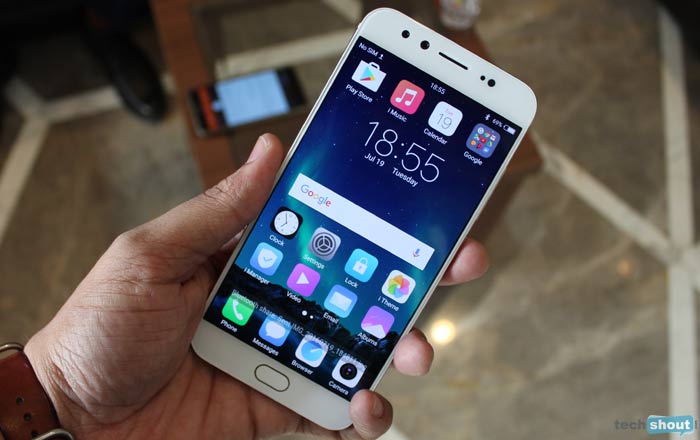 The Vivo V5 Plus has officially gotten launched in India as the second member of the brand’s selfie-focused series. The handset will go up for pre-orders on January 24 and hit offline and online stores on February 1.

To recall, the V5 Plus became official about a week ago alongside a fresh V5 Lite variant. The former is set to be available at Rs 27980 in India, considerably higher than the regular V5’s Rs 17980 cost. The newer model justifies this price increase by upping the resolution of the screen to 1080p, incorporating a Snapdragon 625 processor, doubling the storage to 64GB, and adding an 8MP camera to the front.

The last serves as the key appeal of the Vivo offering since it’s part of the phone’s front-facing dual-lens setup. The other half of the equation is a 20MP Sony IMX376 selfie snapper. While the 8MP shooter records depth information, the latter takes care of clicking high-quality photos.

Together, the two allow for a number of different effects such as bokeh to bring the subject of an image in focus and blur the background. The duo further make it possible to refocus a picture after it’s been shot. There’s also the brand’s own Moonlight Glow flash to light up dark environs in a soft radiance.

Specifications of the Vivo V5 Plus:

Once again, the Vivo V5 Plus will be available starting from February 1 at Rs 27980.