Vivo has debuted the V3 and V3 Max at an event in India, announcing them with the slogan ‘Faster than Faster.’ The company is trying to set the phones apart from its competition by showing off its speed capabilities in various departments.

For instance, the Vivo V3 and Vivo V3 Max run on Qualcomm’s octa-core Snapdragon 616 and 652 processors, respectively. The first additionally packs 3GB of RAM, while the second goes for 4GB of RAM. Both have been equipped with fingerprint scanners which can apparently unlock the phone within 0.2 seconds.

The metal-clad V3 Max also come blessed with dual fast charging engines which allow it to play 2 hours of Hi-Fi music after just 5 minutes of powering up. The phone is supposedly quick in its camera department as well. Its 13MP rear camera has the ability to boot up within 0.7 seconds and focus on images within 0.2 seconds thanks to PDAF.

A quick look at the top specifications of the Vivo V3 Max: 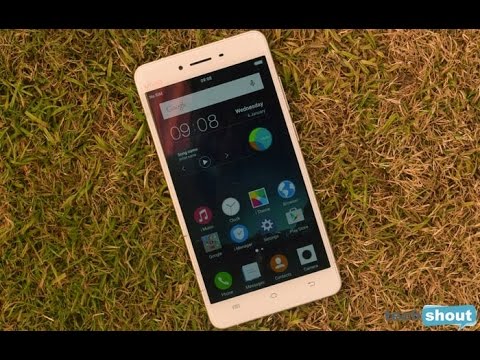 The Vivo device also comes with a unique split-screen tool to allow users to conveniently multitask between apps. For instance, the brand says consumers will be able to chat on one side of the screen while watching a video on another.

Other than their CPUs and RAM, the two smartphones are also differentiated based on its screen size and battery unit. The V3 offers a 5-inch 720p display and 2550mAh battery, whereas the V3 Max flaunts a 5.5-inch FHD panel and 3000mAh battery.