Chinese manufacturer Vivo stands out among other similar players in the country by equipping its smartphones with top-of-the-line components and high price tags. In its quest to do the same this time around too, it will apparently be covering the display of its upcoming flagship with the sapphire coating that’s rumored to form part of the iPhone 6.

A heavy leak has occurred and has given away a number of details regarding this Vivo smartphone. Brought to our notice by Phone Arena, this heap of information comes from a Weibo account that has even released renders of the device, including one that shows a car key being rubbed on the phone’s display, to seemingly demonstrate the durability of the sapphire display. 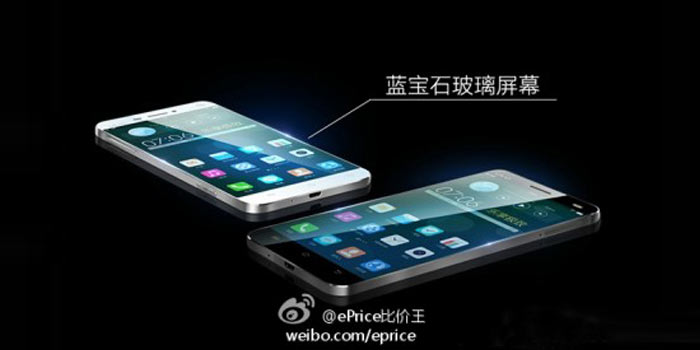 This forthcoming Vivo flagship is being said to feature a 5-inch display on its front surface. Apple on the other hand, is going with the 4.7-inch size for its iPhone 6, but a 5.5-inch model will also be launched by it later this year according to rumors. Anyway, the 5-inch panel on the Vivo phone should do well to compete with the premium gadget.

We have also learnt that the price of the smartphone could be 3998 Yuan which translates to somewhere around $650. That’s certainly a higher tag than what other Chinese phone makers prefer to grant their products, but as we said, that’s the route Vivo likes to take usually. 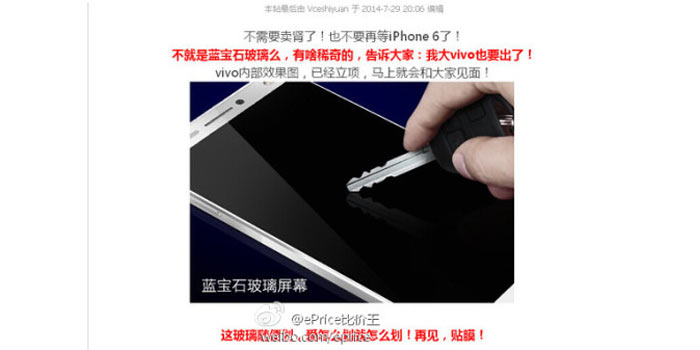 September is the month in which Apple plans to unveil the iPhone 6, and it’s around that time that Vivo will be revealing its sapphire display-equipped handset to the world.