There was a time when the name Apple was synonymous with beautiful phones. Vivo has changed that status with its latest smartphone, the Vivo Nex, a bezel-free handset with a vfull face display and a brilliant solution to the current ‘notch design’ problem. There are several really cool things about the Nex S which goes by the moniker ‘Nex’ in India.

The coolest of these is the Nex’s front-facing camera. Then there’s its touchscreen that has no noticeable bezel to speak of and covers practically the entire front face of the device. Gone is the notch area above the display which would normally accommodate the selfie camera and proximity sensor. And so is any visible manner of unlocking the mobile phone.

Instead of sitting above the touchscreen in a dedicated notch-like space, the front snapper pops out of the top of the Vivo Nex on a slider mechanism. This camera even emits a sort of robotic noise that sounds like droid-speak for “Goodbye!” and “Hello!” when sliding in and out of its compartment. It’s a really novel feature that’s as impressive as it’s functional for the sake of aesthetics. 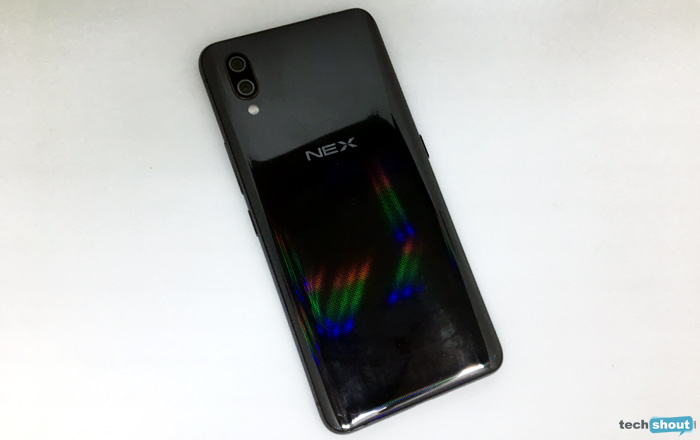 As for the unlocking option, Vivo has put an under display fingerprint sensor on it, reportedly an improved version of the one on the X21. This avoidance of a dedicated physical fingerprint reader is what further enhances the gorgeous, glass covered, near-monolithic appearance of the Nex. Vivo has cleverly settled on a shimmering, holographic finish for the back panel.

It throws out a riot of colors when seen from various angles and lends the phone a futuristic vibe, which is what the company was aiming for. After all, it has put the best of what smartphone tech and design can offer customers in the Vivo Nex. The device has a 6.59-inch screen, 8GB RAM, a 2.8GHz Snapdragon 845 octa core processor, 128GB storage and Adreno 630 graphics.

Android Oreo 8.1 layered with Funtouch OS 4 can be seen on the software side. For photography enthusiasts, the Nex is fitted with a Sony IMX363 6P lens. The quality of pictures we shot through the phone bears testimony to the main 12MP and 5MP dual camera setup’s extra-large pixel sensors, wide aperture range and 4-axis optical image stabilization technologies. 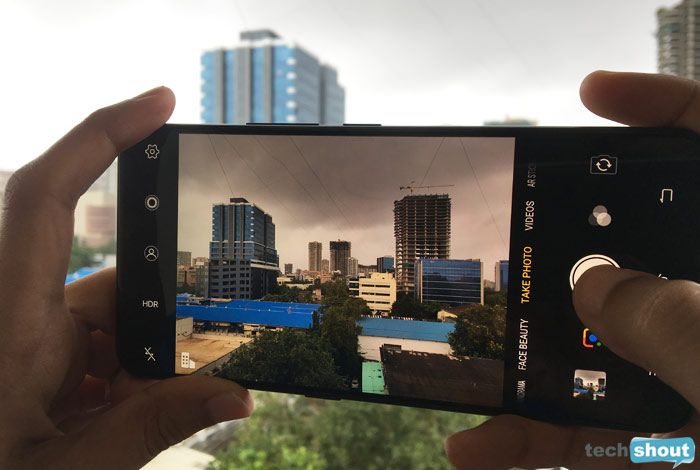 The camera is good in low light as well as very brightly lit conditions. The results are favourably comparable to current generation flagships when you look at the price. Vivo has stuffed a lot of smart features into the Nex, one of them being AI Scene Recognition which automatically recognizes what’s in the frame and adjusts the settings automatically.

AI HDR and Face Beauty function similarly. There are some minor issues with color reproduction at times, but it does not take away from the overall performance of the snapper. At any rate, Vivo is apt to improve on this in upcoming software updates. The camera additionally offers users the option to manage every bit of the photo capturing process in pro mode.

Videos can be shot in 720p to 4K resolution. You can also shoot them in slow motion or time lapse modes. The pop-up 8MP front camera should please social media fans and folks who click a lot of selfies.The lens slides out of its compartment in less than a second to give you just enough time to get your expression camera-ready, all the while enjoying the sound of its robotic groan.

There’s a slight matter of overexposure where the subject’s skin tone appears brighter than normal, though we can’t see the target audience objecting to that. We expect users who want to quickly upload videos or photos to social media or YouTube without spending too much time editing them may like the polished effect that can be achieved by tweaking the Face Beauty level.

The Vivo Nex has a 6.59-inch, 19.3:9 aspect ratio Ultra FullView display of the Super AMOLED type. It takes up almost the entire face of the smartphone. Its screen-to-body ratio of 91.24% is unprecedented and truly a sight to behold! There’s simply no notch due to the front camera being a pop-up unit, and the proximity sensor and earpiece sitting under the screen.

The last is made possible by screen soundcasting technology. Rather than carving out holes for the speaker system, the Nex sends sound vibrations through the display, effectively turning it into a speaker. This innovative tech works perfectly well for calls over traditional cellular networks as well as VoLTE. 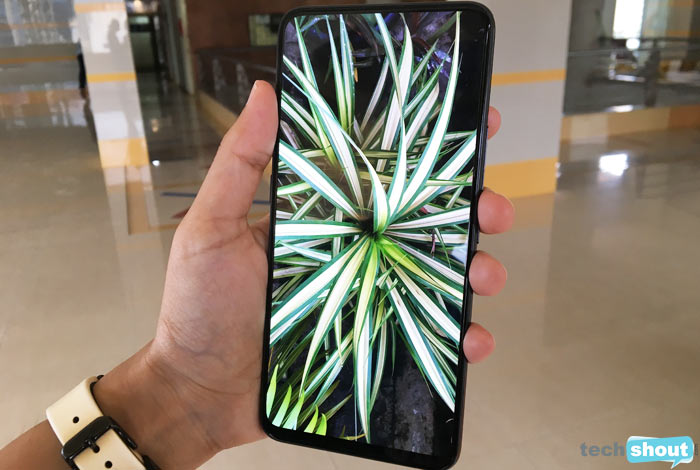 Vivo has sensibly not tried to include face recognition for unlocking the Nex. Waking up the locked smartphone, opening the camera and waiting for about a second for the lens to appear would have been a frustrating experience. Instead you get an in-display sensor which recognizes your fingerprint by peering at it through the pixels of the OLED touchscreen.

When the device senses movement, it lights up the area on which you have to place your finger for unlocking it. We’ve mentioned this before and wish to emphasize on this point again – you can’t unlock the handset by poking hard on the display. Because of how the technology works, you have to lightly place your finger on the sensor and give it about a second to unlock the phone.

Vivo had unveiled the Apex concept smartphone at the MWC 2018. It was a blocky piece of tech with a fingerprint reader that covered about 1/3rd of the touchscreen. We assume the company is working towards this end or a full screen biometric sensor in its future devices. For now, the in-display sensor does its duty faithfully. 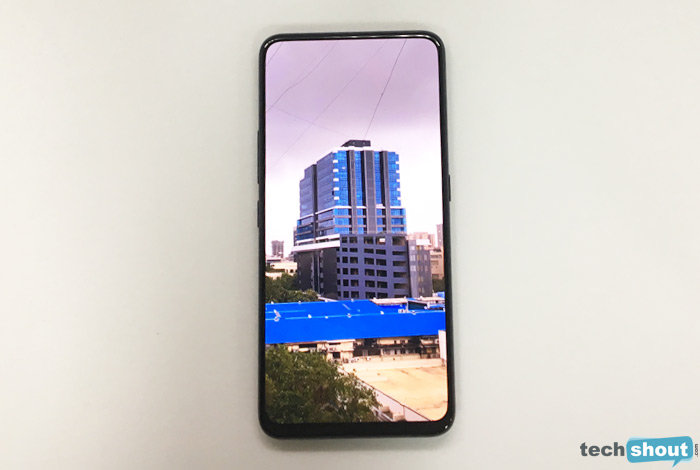 Mobile phone manufacturers of note have been instilling their devices with some form of AI assistance or the other. The Nex gets similar treatment with a dedicated AI button on the left side. Pressing it pulls up Google Voice Assistant and Google Lens. Vivo could have made this key customizable for those who don’t have much use for these.

The Qualcomm chip paired with 8GB RAM and Oreo does a magnificent job of providing lag-free performance even during heavy-duty tasks like gaming. Lastly, Vivo has finally dropped microUSB charging in favour of a USB C port. The Nex’s 4000mAh battery juices up speedily due to its dual-engine quick charge feature. In our latest test, it went from 32% to 95% in 14 minutes!

In conclusion, the Vivo Nex is a beautiful piece of technology with several advanced specs and design features that are absent in flagship phones by rival companies. In-display sensors are the future. Biggies like Apple and Samsung are still not offering that to customers. The currently trending notch design is an eye sore. The Nex fortunately does not have that problem. 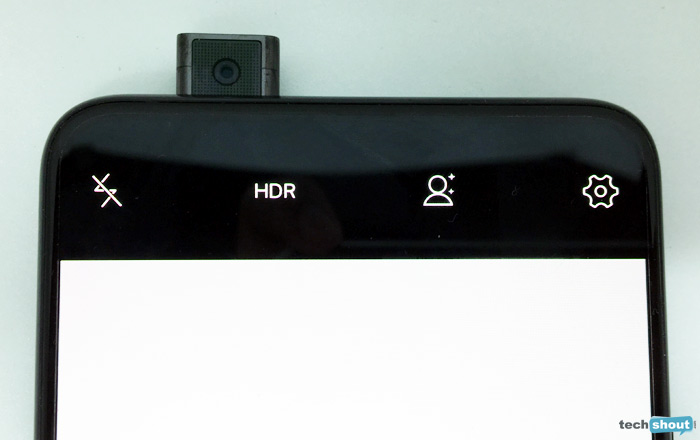