Vivo made quite a ripple at the MWC Shanghai 2017 when it showed off a prototype under display fingerprint scanner which used Qualcomm’s ultrasonic technology. It’s now back to dazzle minds at CES 2018 with a brand new phone and partner at CES 2018.

The handset doesn’t have a name yet, but the collaborator in question is Synaptics. The company started teasing that it had tied up with a big-name manufacturer last month to debut its ‘Clear ID’ optical fingerprint scanner. The secret cohort has now been revealed to be Vivo.

Vivo says its smartphone is the world’s first ready-to-produce in-display fingerprint reading device. It allows for one-touch unlocking, payments authentications, and app unlocks. A virtual image of a fingerprint shows up when required and disappears when not in use. 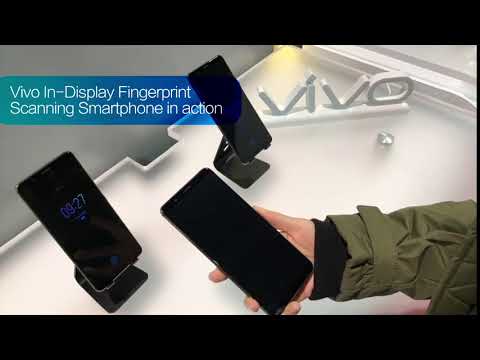 Based on the promotional video above, it seems the Vivo phone will have to be jogged awake from slumber before the fingerprint icon shows up. This isn’t a major inconvenience, but it does add some time to the whole unlocking procedure.

The Verge also notes that the fingerprint sensor isn’t quite as fast as modern-day scanners. The report claims the difference isn’t enough for it to be a major issue though. Synaptics’ optical fingerprint reader is sandwiched between the OLED display and mainboard, illuminating the finger and then scanning it for a match.

Vivo says its first handset to carry Clear ID will be announced in early 2018. Whatever the date, the company has managed to race ahead of giants like Apple and Samsung when it comes to releasing a phone with an under-display fingerprint scanner.