Vivo may just beat Apple and Samsung to the punch when it comes to placing a fingerprint sensor underneath a phone’s display. A video of what may well be a prototype Vivo phone has shown up on Weibo hinting that the Chinese OEM is going to one-up its rivals in the near future.

Smartphone analyst Pan Jiutang posted the short 4-second video online, stating that the Vivo handset features a light-based optical fingerprint reader. A person’s hand is seen unlocking the handset just by applying pressure to its display, with no home button or separate fingerprint scanner in sight.

Jiutang believes that Vivo will be the first to market with the innovation, but Apple will bring it to the global mainstream. The former might show off the technology at the Shanghai Mobile World Congress conference on June 28, way ahead of the iPhone 8’s expected September timeline. 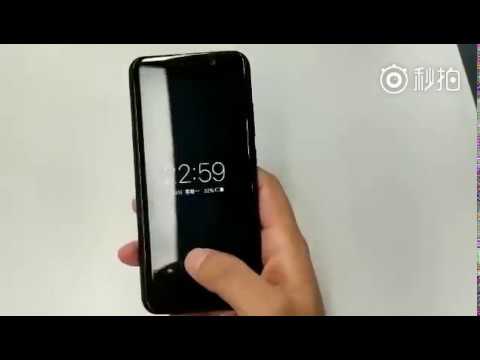 The analyst went on to dismiss the notion that the Galaxy Note 8 will feature an on-screen fingerprint solution. Samsung was rumored to be working on the technique for the Galaxy S8 but had to abandon the project. It reportedly still hasn’t managed to perfect the art.

Also See: Vivo V5s Review: A selfie phone through and through

Apple has supposedly been facing the same difficulties, but managed to overcome them. Word on the street is that it’s also using an optical fingerprint sensor. Chinese manufacturers like Huawei and Xiaomi are also apparently racing to implement the feature, the former for the P11 and the latter for the Mi Mix 2.