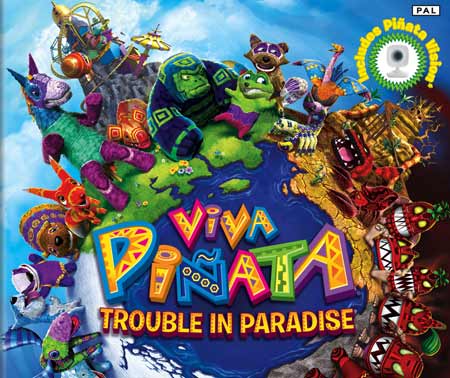 The upcoming version of the game will have 30 additional new piñata species. Gamers can enjoy the game with expanded co-op options and multiple gameplay modes.

Piñata Island is bigger in the. Gamers can also explore wild areas outside of the garden where they will need to bait and retrieve exotic piñata species who won’t venture into the garden on their own. Even the

The island has cooler areas as well as desert areas. Players will find animals such as Pengums and Polollybears in the Pinartic, a cold temperature region of the Piñata Island. While in Dessert Desert users will find Camellos and Jameleons in the arid sun.

The Viva Piñata: Trouble in Paradise will exclusively be available on Xbox 360. the price details are not announced as of now.