If you can’t or won’t wait for the $99 iPhone 5C to be launched, there’s always the ZTE Awe from Virgin Mobile. It comes without a contract and (best of all, if you’re an Android fan) does not run iOS. You can get it for $99.99 right away and activate it online upon unboxing it.

The Awe has some pretty basic features to match the price at which it is being sold. The handset is powered by Android Jelly Bean 4.1 and a 1.2GHz processor. It includes 1GB of RAM and 4GB ROM, with no mention of memory expandability via a microSD card slot. 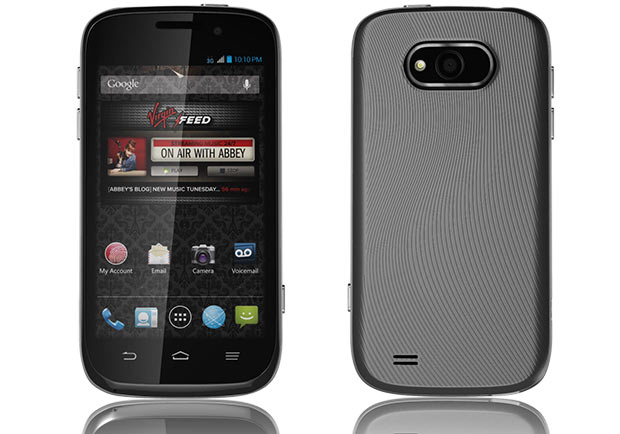 A display of 4 inches is nailed across the front and there’s a 1MP camera crowning it. The last mentioned isn’t the only lens on the ZTE smartphone – there’s also a 5MP rear sensor which can record videos in up to 720p HD resolution. That’s not full HD, but it should be good enough for most people.

The phone is 3G capable and also offers standard wireless connectivity options such as Wi-Fi and Bluetooth (4.0). It’s juiced up by a 1650mAh battery which is touted to deliver roughly 11 hours of talk time or over 6 days of standby between charges.

After the $99.99 is covered, customers can sign up for Virgin Mobile’s Beyond Talk plans. They start at $35 a month. The basic one offers 300 minutes apart from unlimited messaging and data. The $45 per month scheme packs in unlimited data and texts and 1200 minutes.

The $55 a month plan does not set a limit on texts, minutes or data usage. Read the fine print though – all of these rates claim to proffer unlimited data. In reality, once you’re done with 2.5GB each month, your speed will be capped.