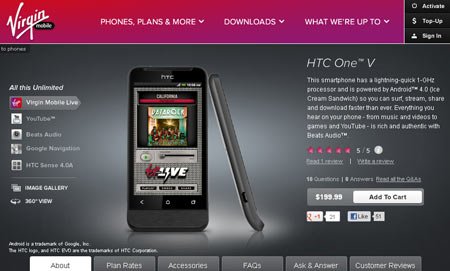 The Virgin Mobile HTC One V has entered stateside without really making a big noise about it. For the $199.99 price tag tied to this Android smartphone, a lot of fans are probably thinking of it as a good deal, considering the absence of a contract requirement and activation fees.

The phone was announced back in February 2012 at the MWC and has dropped anchor in various nations including India, since then. It runs on the Ice Cream Sandwich platform melded with HTC Sense 4 and embeds a 1GHz Qualcomm Snapdragon 3 processor. On the front panel, a 3.7-inch 800 x 480p WVGA LCD touchscreen shares space with three tactile buttons lined along its base. 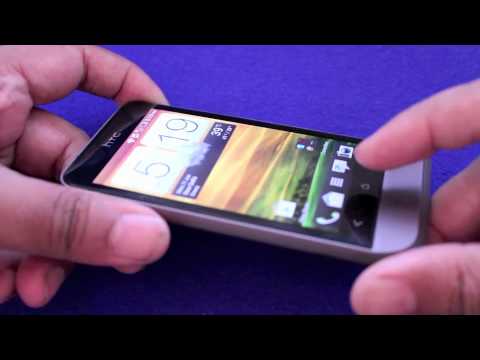 One interesting bit when it comes to the overall look is the protruding chin which sports a rear, removable cover. The compartment hidden beneath this lid has slots for the SIM and microSD cards, so that users have easy access to them. Whether this design element is comfortable or not is clearly a matter of individual opinion, something that we noted during our hands-on time with the smartphone.

As for the other key specifications of the device, it has landed at Virgin Mobile with 3G connectivity and there’s Wi-Fi as well as Bluetooth. A 5MP camera with AF and LED flash sits on the back and there’s no front facing snapper. Running on 512MB RAM, the One V offers roughly 4GB of internal storage. Let’s not forget the inescapable Beats Audio integration and 1,500mAh battery which offers a little over 7 hours of talk time. 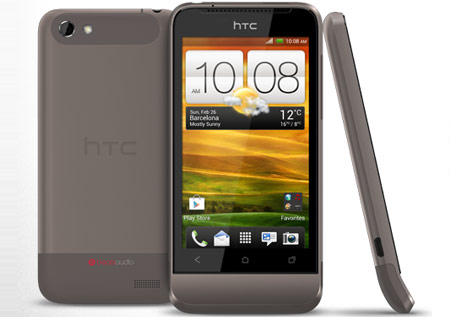 Like we’ve already mentioned, the Virgin Mobile HTC One V price is $199.99 and it comes along with the free shipping bait. Interested parties can lay hands on it through the carrier’s website and local retailers.