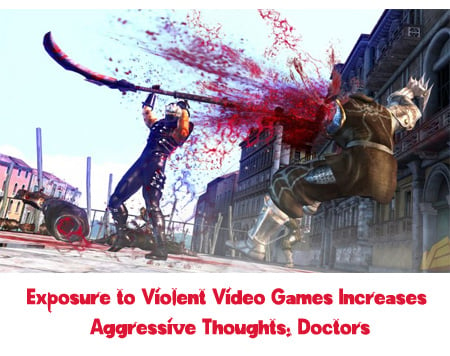 The one topic on which perhaps doctors and psychiatrists will never give up researching on is the impact of video games on the human mind and psyche. Our stance can be further backed by “yet another” research that doctors have conducted that concludes that young adults and children get further agonized by playing video games.

According to a research carried out by experts at the Indiana School of Medicine, video games are violent by nature, which make children feel a little different. The got to this conclusion by studying the brain scan of two teenagers – one who had played a violent game, and the other who had played a non-violent one. The scans revealed that the highlighted portions in the brains showed augmented activity in the areas that were involved in emotional provocation.

Greg Snyder, a psychologist at Omaha’s Children’s Hospital stated, “Exposure to violent video games, even E rated video games, increases aggressive thoughts, increases pro-social behavior and increases general arousal. The more normal it is, the more likely it is they’re going to activate or engage in those behaviors when provoked or even unprovoked.”

All the same, this stance is not backed by gamers as well as a few parents in Omaha.