Until now, the Vine for Windows Phone app had been in existence almost for the sake of it, with the best features only having been reserved for its Android and iOS versions. But things have changed for the better finally, even as a new update has just been rolled out by its makers, infusing the WP variant with a number of new and interesting features.

The first and most important addition is the ability to import videos from your galleries. Vine users on Windows Phone were hitherto limited to only capturing live videos, but they can now click on the new icon in the bottom left corner to grab clips from other videos. 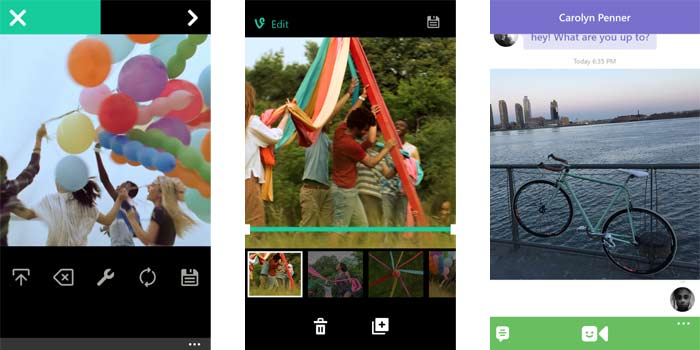 Naturally then, the ability to edit Vines by rearranging clips or deleting those you don’t want to use has also made its way into this version of the application. Plus, there’s the ability to save your project to drafts, so that you can return to it without having to do the same stuff again.

Also Read: Vine now has a full-frontal web version replete with a search bar and more

The newly updated version of this Windows Phone utility comes with support for Vine messages or VMs are they’re fondly called. This is nothing but the facility to send and receive text messages, which can be harnessed by clicking on the new Messages icon at the top right of the screen.

The new version also lets you see the exact number of loops that a particular Vine has received across the web. You’ll even notice a redesigned activity feed and other such visual changes in the latest version of the video-sharing app.