Vine for Android has been updated yet again with new features like push notifications and of course, the developers have also fixed the bugs that have been hampering the functionality of the app. It has already gone live and users can head over to the Google Play store to download the current version of this utility.

As we mentioned above, the Twitter-owned application sends push notifications to its subscribers every time they get new likes, comments or mentions. This should help them stay updated and connected to their followers at all times. Only recently, this video app was bestowed with the Facebook sharing option and now the developers have revealed that it is possible to upload public posts on this social networking website as well as on Twitter. You will also notice that Vine for Android’s bugs and some other glitches have been taken care of and improvements have been made for an even better social experience. 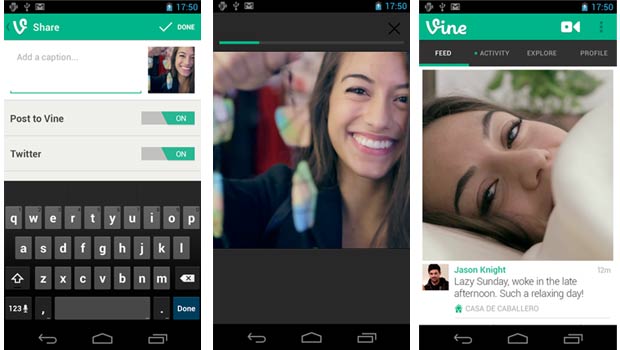 As you already know, Vine for Android is a video sharing app that allows its subscribers to create beautiful short clippings of not more than 6 seconds in length and upload them on the utility. There’s a search option to look for other members or featured hashtags and users can even explore posts that are trending on top. Videos shared on this application can also be uploaded to major social networking websites. And there’s absolutely no limit to the number of videos that one can upload on Vine.

Vine for Android is available through the Google Play store for free and it is compatible with devices running Ice Cream Sandwich and later platforms.