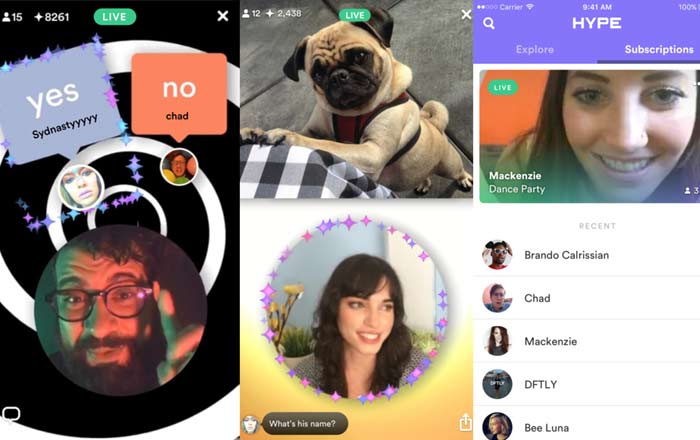 Vine’s co-founders have come out with a brand new live streaming app called Hype in the midst of people still mourning the loss of the former. The latter has been in beta for a while now and is now officially available for iOS users with Android soon to follow.

Interestingly, it looks like Hype will do battle against Twitter’s Periscope and Facebook’s Live videos. The second has been especially aggressive over the past year to expand the format’s reach, capitalizing on its massive user base. Even its subsidiary Instagram is expected to support the feature soon.

Hype comes across as the underdog in this scenario since it’s only a few days old and doesn’t have an established user base yet. It offers a number of unique features to set it apart from its competition. For instance, people can add images, videos, GIFs, and music in real time while broadcasting.

This in itself might sound like a sensory overload, but there’s more. Users can also customize the background of their live footage with videos. They may even opt for a slideshow option which lets them choose videos and pictures from their camera roll and showcase them as a slideshow during the live session.

As for interactivity, viewers can communicate which particular element of a video they like with the help of a tool called Sparkles which highlights whatever they tap on with shimmery stars. Broadcasters also have the power to draw attention to a particular comment while filming. After the streaming is done, individuals can make it available to watch later.