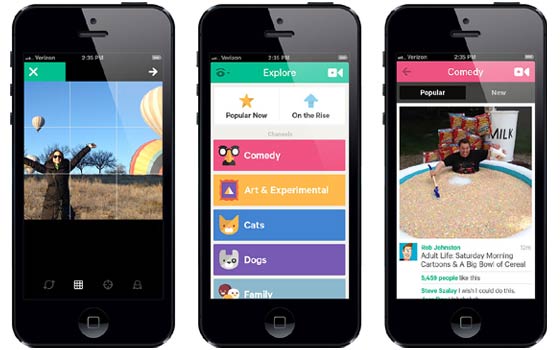 It looks like Twitter is leaving no stone unturned to take on the new and improved Instagram as the former has updated the Vine app for iOS with some fresh features like revining, channels and tools to enhance the captured videos. Only recently, Twitter had introduced hashtags, Facebook sharing and more for the Android version of the utility which will soon receive attributes that its iOS counterpart now boasts of.

What users are likely to notice as soon as they install the updates is the redesigned camera that tags along ghost tools, focus and grid amongst others. Subscribers will appreciate the attribute which allows them to view the videos captured and shared by random people who are under the spotlight in the Vine community. 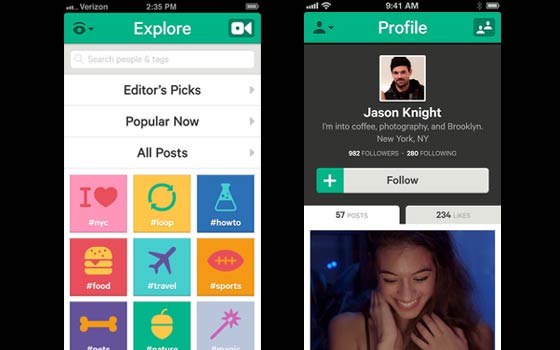 For those who come across something intriguing on the application and wish to share it with all of their followers can go ahead and do just that, thanks to the new sharing function called revining. But in case subscribers do not want their posts to show up on feeds of everyone who is using the Vine app, they can take a look at the new privacy options which makes the content viewable only to approved followers.

These protected posts can also be shared with friends on social networking websites like Facebook and Twitter. In a bid to make videos more accessible, the developers of Vine have introduced 15 channels for different genres such as comedy, music, nature and more so customers can instantly find clippings they’d prefer watching. All of the channels come with their own Explore section featuring all the popular clips.

The updated Vine app for iOS can be downloaded for free through iTunes. All of these attributes are slated to come to the Android version anytime during the next week. Also, the official application blog has revealed that the protected posts function has already been made available for owners of Google-certified smartphones and tablets.