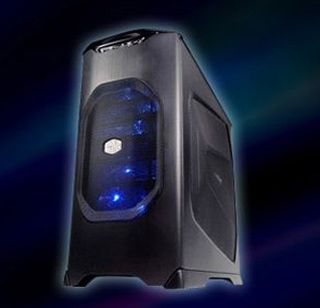 Vigor Gaming has announced to launch a high-end desktop lineup dubbed Colossus. It features the latest dual-processor technology from Intel with multi-GPU technologies of Quad SLI and CrossFireX from NVIDIA and AMD

Besides, the Colossus is capable of running up to two XHD (2560×1600 resolution) monitors with greater clarity and minimal effect on performance.

The Colossus gaming PC can be configured with Windows Vista 64-bit and up to 8GB of fully-buffered DDR2 memory clocked at 800MHz. the new gaming PC comes in two configurations, the default configuration includes 4GB of DDR2 800 memory, capacity of more than 2 Terabytes, a 1000W power supply, and two overclocked NVIDIA GeForce 8800GT graphics cards.

The default configuration can be purchased at $6,799 while the fully-configured Vigor Gaming Colossus comes at $8100.