The Videocon VT85C device that had shown up on the official website a few days back has now been put up for sale in India at an affordable price of Rs 8,999. It has a single SIM card slot which means the Videocon tablet can be used for making voice calls and the built-in 3G module ensures relatively fast internet access on the move.

Packed within a white-colored chassis with dimensions of 192.1 x 121.1 x 10 millimeters, the Videocon contender is a compact slate that sports a multi-point capacitive touchscreen of 7 inches. It renders visuals in 1024 x 600p resolution. And the intuitive and user-friendly interface that is projected via this display can be attributed to the Android Jelly Bean 4.2 OS. 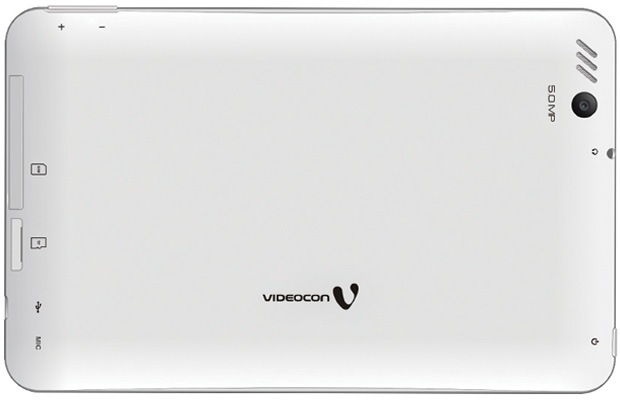 As for the cameras of the mid-range slate, a 5MP one with the video recording function lays claim over the rear panel, while another VGA webcam has been provided for allowing users to make video calls. It is fueled by a 3000mAh battery that should be enough for usage time of at least an entire day.

The slab is equipped with a dual core Cortex A9 processor that clocks in a speed of 1.2GHz as well as 1GB of RAM for assistance. It has ‘practically unlimited’ phonebook and SMS memory and 4GB of onboard storage that is expandable by up to 32GB. The Wi-Fi- and Bluetooth-enabled device’s media player supports most of the common audio and video formats too.

The Videocon VT85C tablet is available now for just under Rs 9,000.