Getting a smartphone with a good camera at an affordable price is tough, but the Videocon Infinium Z50 Nova wants to deliver just that. The phone has been officially launched in India as an entry-level release and it comes with an 8MP Sony snapper on the rear with a retail tag of Rs 5999.

The Videocon Infinium Z50 Nova is essentially an upgraded version of the Infinium Z50 quad, but is much cheaper. The main difference is that the latter has a 5MP camera, while the phone in question offers an 8MP Exmor R sensor which can record videos at 1080p resolution. 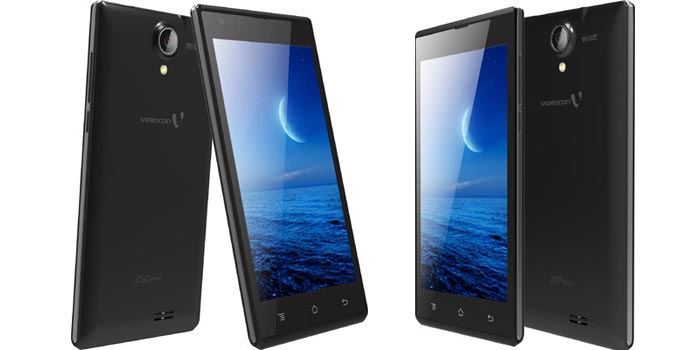 Both Videocon phones share the same design and also have a lot of common features. A 5-inch display can be found on the front with a 2MP camera, while the innards comprise of dual SIM card slots, a 1.3GHz quad core processor, 1GB RAM, 8GB storage and a 1900mAh battery.

On the software front, Android 4.4 KitKat is what you get out of the box and the company say’s it’ll update the phone to a newer version of Google’s mobile OS which obviously is Lollipop. There’s no word, however, on when the new firmware will be made available. Also, various apps such as Fun Zone, GT Racing 2, V-Secure, V-Safe and Modern Combat 4 come preloaded.

The Videocon Infinium Z50 Nova can be picked up in choices of black or white via Flipkart.