Videocon has announced its participation in the ‘Make in India’ initiative, under which it has unveiled a new Z55 Dash handset that can be yours at Rs 6490. This device will be sold exclusively by Flipkart in the form of black-gold and white-silver color options.

Contrary to what’s being alluded by the ‘Make in India’ tag, the Videocon Z55 Dash hasn’t actually been manufactured in the country. It has just been designed here, according to what its makers have explained.

This Videocon device comes equipped with a 5-inch 720 x 1280 pixel HD display covered with Dragontrail X Glass. It has been fitted with an 8MP rear camera that sits beside an LED flash. On its front surface, you’ll be able to spot a 5MP shooter which will facilitate selfies as well as video calling. 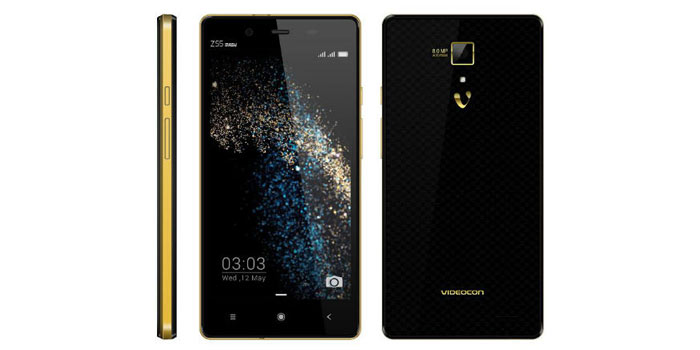 The setup inside its body is highlighted by a 1.4GHz octa core processor which is granted assistance in its operations by 1GB worth of RAM. Furthermore, there’s 8GB worth of storage space present on the Z55 Dash as well, apart from a microSD card slot which allows expansions of up to 32GB.

A neat look at the main specs of the new Videocon Z55 Dash: 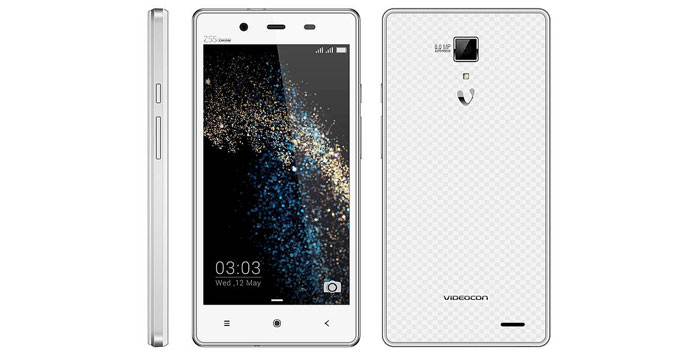 Powering this dual SIM 3G device from within is a 2200mAh battery which keeps it going in between charges. Videocon has unfortunately infused it with the outdated Android 4.4 KitKat version.

The new Videocon Z55 Dash is still to be made available via Flipkart, and its makers haven’t revealed an exact time or date regarding when that will happen. Interested parties should keep checking the e-commerce site right now.