Videocon A20 and A30 prices revealed, available online The price for the Videocon A20 and the A30 has been revealed as the devices are available for purchase via online retailers in India. Both phones bring along 3G connectivity and dual SIM functionality operating in dual standby mode, while offering capacitive touch as well as a few pre-loaded apps which include Facebook.

Talking about the former, it comes with the fairly old Android Gingerbread OS, although it does feature a 1GHz Qualcomm processor. Just 256MB of RAM can be found under the hood, while 512MB of internal storage has been provided. This can be expanded up to 16GB for hoarding needs.

A 1350mAh battery powers the device which sports a 3.5-inch HVGA screen. Furthermore, a 3MP camera is positioned on the rear panel and a VGA snapper makes its way to the front. In terms of connectivity, there is a 3.5mm audio jack, Bluetooth and microUSB support. 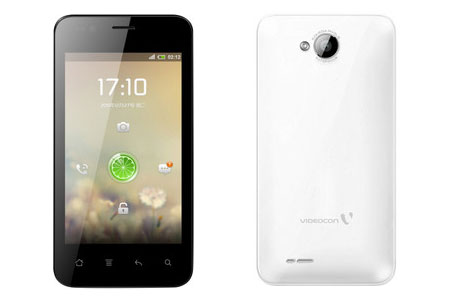 The latter meanwhile is a reflection of something more modern, although not totally. It runs on Android Ice Cream Sandwich. In terms of memory, there is 4GB of internal storage which can be further expanded all the way up to 32GB. There is even a 1GHz dual core Qualcomm processor keeping things running as they should, which is assisted in this task by 512MB of RAM.

The device’s 1500mAh battery seems smaller than a power delivery unit ought to be, especially for its 4-inch WVGA touch screen. For photography needs, a 5MP camera makes its way to the back panel, while a VGA resolution webcam finds its feet on the front.

The Videocon A20 and A30 are available through a few online retailers. And while both Snapdeal and Flipkart offer the former for Rs. 5,199, the best deal on the latter can be found on Snapdeal, with the phone in question retailing for Rs. 7,500.