Video shows iPhone 8 with Touch ID at the back

The iPhone 8 has gotten spotted in yet another factory leak, but this one is a bit more dubious than the last. That’s because the handset seen in the video appears to feature a fingerprint scanner at the back.

It’s been widely reported that Apple is ditching Touch ID for Face ID with the next iPhone. There were said to be several different prototypes of the smartphone in the running, with some featuring a fingerprint scanner underneath the display and others with the module at the rear. Both were reportedly abandoned in favor of relying entirely on facial recognition.

The 10-second video below shakes up this notion. It appears to feature an iPhone 8 in quality control testing. A person places it inside a machine and puts his finger on the back. The computer above it flashes the word ‘PASS’ after this and the worker proceeds to position another unit for testing. 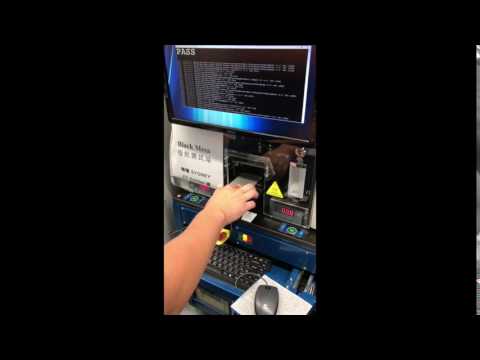 It’s not clear where exactly the worker put his finger, but it seems to be somewhere below the Apple logo. Some had hoped the symbol would be Touch ID’s final resting place. The video can’t quite keep that hope alive, but it does serve to uphold the dreams of Touch ID loyalists everywhere.

Also Read: This tiny device can hack any iPhone 7

Unfortunately, there’s no way to tell if the footage is authentic or not. It originated from Weibo and was uploaded to YouTube by Slashleaks. Some commentators have pointed out that the Chinese characters below the ‘Black Mesa’ sign spell out the words fingerprint test station. It’s possible this is an old video depicting the aforementioned prototype units or perhaps even fake iPhones.