Video Gaming through a Girl’s Perspective 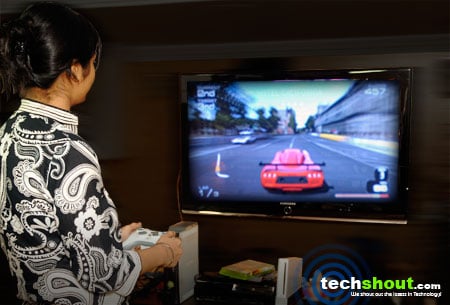 Girls and Gaming, both begin with the same letter yet both are never taken seriously together. We are a minority in the gaming industry. But our perspective is no different than that of our male counterparts. We too love playing video games just as much as them. We too are passionate about gaming and believe that anyone can play, irrespective of gender. However, this hobby enjoyed by all, tends to be more man/boy oriented.

Girls of all ages are attracted to gaming. There are some who may squirm at the fact that the guy’s head has just been chopped up by a large machete. But that doesn’t mean they don’t play games at all. There are many genres in gaming that appeal to women. There are a host of titles in various other genres. Some of them are casual, sports, musical, intellectual, etc. Some of the sporting games include NBA, FIFA or Tony Hawk Pro Skater.

There are loads of tournaments taking place these days like FIFA, NFS, etc. and there are many people still out there who are amazed that girls do game. They are taking part in international on-line game competitions such as Counter-Strike and Quake III. Girls like Alana Reid and Jamie Pereyda are two such people. They are part of ‘girlz of destruction’ which is a professional 7-member all-girls PC gaming team representing many different countries. Yes, the female kind has excelled even in the gaming arena. Lin Shen is the president of Papaya Studios whose hobbies are playing video games. Reputed companies like EA, Disney Interactive Studios and Sony have collaborated with them to produce exciting and fun games.

Girl gamers range in their preferences of different video game genres. Some may not be too keen on games like God of War and other gory titles as they contain too much violence and bloodshed. While on the other hand, there are some who can bravely take on the role of Kratos and deal some serious damage. Some may even shy away from FPS but love to play casual games. If stealing cars and assassinating gang rivals is not a girl’s cup of tea then there are always other games that interest them.

Casual games are not as complex and intricate as hard-core games. They contain simple rules and are not commitment-oriented. The market for casual games is predominated by females. Some of these games include Shrek: Super Party, Buzz!: The Music Quiz and Singstar for the PlayStation consoles. Other casual games include Tetris and Bejeweled which are famous on mobile phones and portable devices like iPod touch. Some best casual games last year were Monopoly, Operation Mania and Hasbro Family Game Night.

“So what if we don’t like games with too much blood and gore. There are other titles that have captured my fancy. These include Super Mario Bros, Need For Speed, Fifa, etc. Casual games like Tetris and Dr. Mario are also fun to play. Another good aspect to games is that it brings the family closer together. Loads of games are now out in the market that is family-centered. Me and my kids bond well together while playing these kinds of games.” says Gertrude Martis, mother of two kids.

Lisa, a girl gamer in her early 20’s comments, “We enjoy the adrenaline rush while playing video games. May it be from the simplest game similar to Mario to more graphically intense games like Prototype. Video games really have you sitting at the edge of your seat. We are just as good at wielding a sword or a dangerous weapon in the game as any of our counterparts. If we look harder there is a vast sea of girl gamers out there. We double X chromosome people who like playing games do not want special attention just because we are girls. We can just about blend into any gaming environment, may it be tournaments or matches without creating a hullabaloo.” 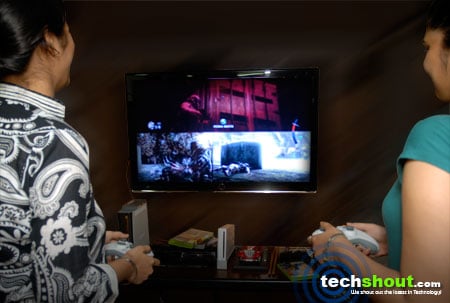 We believe that games improve the players’ mental prowess and keep the senses sharp and alert. May it be in any genre; from RPGs to sports to casual games. Beside that, games are also exciting and give girl players many hours of excitement and fun.

Women are annoyed by the fact that they are most often unable to identify with the characters present in the games. However, there are a lot of games found in the market today that do cater to girls to some extent. They have a female profile or player present in the game. We girls can actually relate to these kinds of games. For example, Resident Evil 5, players can join in as the agent Sheva Alomar who has to assist Chris Redfield in battling the hideous zombie population. In Star Wars: Jedi Power Battles besides the male characters, there are also two female characters namely Adi Gallia and Queen Amidala.

Tomb Raider has been the all-time favorite girl-centric game. The main protagonist is a female archeologist called Lara Croft. Since its debut in 1996, she has captured more than just ancient artifacts. She also captured the hearts and minds of the public, especially of the girl-gamers. The first Tomb Raider game also spawned many sequels later on. These games can be played on consoles such as the PS, PS2, PC and mobiles.

Another game that featured a girl taking charge of the situation is Xena: Warrior Princess which was published by EA and can be played on the original PlayStation. Based on the hit action series, this game contained all the elements of a female warrior, complete with a sword and chakram. Other games also include Resident Evil 3: Nemesis. Gaming companies are still coming out with titles that feature a female protagonist. The latest one to hit the market is Velvet Assassin. The game is a stealth-action game which features the spy Violette Summer.

Neha says, “Games with a simple interface, plan, controls and strategy is what I enjoy. I get addicted to games easily and like playing them for hours on end. I love playing PC games like NFS, FIFA and Counter-Strike. As far as consoles go, playing Tennis and Boxing on the Wii system is a lot of fun. These types of games are sure to keep anyone interested. Girls find gaming to be a real stress buster. For us it’s the excitement factor. More than competitiveness, we find them fun and enjoyable. Guitar Hero World Tour brings out great team spirit and gives a realistic feeling to those who do not know how to play the instruments on a professional level.”

Tina echoes the girls’ perspective by further adding, “Games are good when you have nothing to do. But once you get the hang of the game, it surpasses from just a hobby to something much more than that. They then seem interesting and achievable. I like playing simple online games on sites like Miniclip, etc. Other than those, I like playing Mario and Prince of Persia on the PC and GTA, NFS and Fifa on the consoles. We don’t like to be mere spectators while our guy friends play. We also want to be part of the game.”

Game consoles too come in different styles and colors that appeal more to women, not that we would shy away from manly devices or anything. For example, the Nintendo DS Lite is available in a range of colors including white and pink. In our purse, along with our make-up and accessories, don’t be surprised if you find a portable Game boy Advance console, Nintendo DS or PSP stashed away. Even on our mobile phones, iPhones and iPods, you will find games. This hobby is for all. We too are as good and worthy as our counterparts are in the gaming world. All we need is some enthusiasm and determination.

So next time, while you play a FPS game and someone says, “You shoot like a girl”, do take it as a compliment!