Video Games to get Cinema-style Ratings in the UK 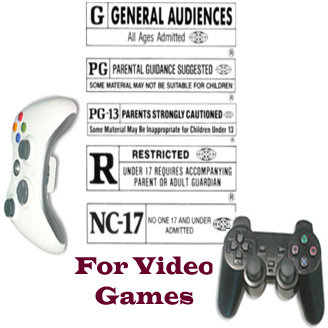 There are many video games which are definitely not meant for children of young ages. But, yet they seem to fall in the wrong hands and kids end up playing such games, getting badly influenced by them.

Now, a new report by psychologist Tanya Byron states that video games should be forced to carry a cinema-style age classification. It also states that tough penalties will be imposed on retailers who end up selling mature-rated video games to children.

Apart from this, the report will recommend a massive education campaign that aims to warn parents, teachers and child carers of the risks that some video games as well as the Internet pose to children in general.

In fact, Dr.Byron was commissioned last year by Prime Minister Gordon Brown due to growing concerns that new forms of electronic entertainment may be harming the development of children’s moral value systems.

Presently, video games that show violence or inappropriate content require an age rating from the British Board of Film Classification. Shockingly, less than 2% carry an 18 certificate. Thus, the new system could ensure that every game be rated in the same way that movies are.

Dr.Byron in her report is expected to warn that there is a limited amount of awareness on the dangers that the Internet as well as video games pose. It also says that computers should be placed in parts of the house that parents frequent, such as the living room, rather than the children’s bed room.