Video Games should be made Compulsory in Schools; recommends University Professor 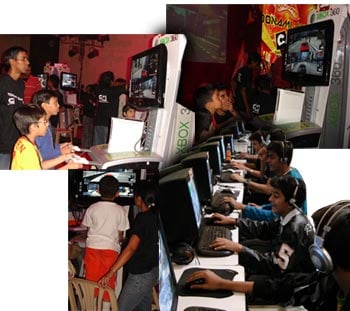 David Williamson Shaffer, an education science professor at the University of Wisconsin-Madison, advocates that school-going children should be permitted to play video games in school. According to Shaffer, video games will help attain a higher order of learning for today’s generation of kids who are tech savvy.

Shaffer felt that the current existing way the education system works there-at least in North America is centuries old and was designed and apt for the industrial revolution of the 1800’s, rather than the information age. Shaffer believes that the present day education system is simply lacking in terms of innovation. This is what Shaffer says will prevent kids from competing with those who have been in the work force for years.

Though most people will oppose Shaffer’s view, he did indicate that innovation in education will drive innovation in the industry. “People think that the way we teach kids in schools is the natural way we should learn. But young people in the United States today are being prepared for standardized jobs in a world that will, very soon, punish those who can’t innovate. We simply can’t ‘skill and drill’ our way to innovation,” maintained Shaffer.

One of Shaffer’s primary concerns is that he feels U.S. students are falling behind compared to students in rising countries such as China and India. According to Shaffer, kids should be allowed to browse the web, instant message each other and even use their iPods during class lesson — although he did fail to mention any negative impacts this might have on kids paying attention to what’s being taught. In one positive way, if a child was feeling that his teacher was moving too slow with a particular subject, he or she could simply “Google” it as the teacher continues to speak.

Shaffer and his team have developed a range of games that help students learn to think like engineers, urban planners, journalists, architects and other professionals.

In March, Shaffer and his team will start working with a school in Madison, Wisconsin, and in late 2007 with a Chicago school.

Education surely needs to evolve according to the environments of the students, and that is no easy task. Traditional learning has one big problem over in the first world countries, and that problem is that teachers are finding it increasingly difficult to grab the attention of their students, who are surrounded by more interesting diversions, technology, and, of course, games.

“There are bad games out there, just as there are bad books. So adults who care about what children learn have to educate themselves about games and, more important, start to think about learning in new ways for the digital age of global competition,” he said.