Today we’re going to take a look at a neat little program called iSkysoft iTube Studio for Mac. This utility has been created by its makers to let users of Mac computers download videos from video streaming websites like YouTube. And it’s not just meant for that website alone; those who have this software are able to grab video clips from over 10000 sites. These include the likes of Vimeo, Facebook, Dailymotion and many more.

What appeals to you straight-up about iSkysoft iTube Studio for Mac is its minimalistic interface. The window is populated by labeled buttons and easy to understand commands. This simplicity of the interface ensures that anyone can start using it instantly, much to the credit of its makers.

There are three different ways in which you can download a particular video of your choice. First is copying its url and pasting it in the program. This will immediately start downloading it without even asking you to confirm the command, which is quite clever and practical. 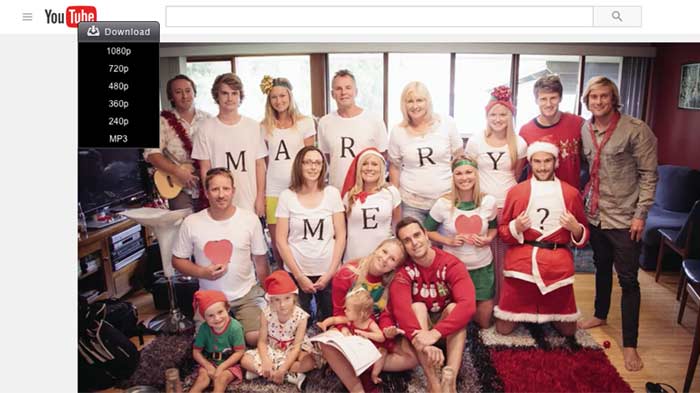 The second method is even simpler. In supported browsers like Chrome and Firefox, iSkysoft iTube Studio for Mac will put a download button on top of the video you’re playing. Just clicking on it will start the process. And the last method just involves dragging and dropping the video url to the program window.

And now let’s talk about the diverse options you find inside this program. First there’s the facility to have your downloaded videos converted into the format of your choice. Say you want your videos to be optimized for viewing on your iPhone. Once you choose that from the menu on the right hand side, every downloaded video will get rendered to be viewed on your iPhone. Several options like AVI, MOV, MP4 and others exist in this menu. For those who usually download a lot of music videos, the option of having your files converted into MP3 files will be a nice choice. 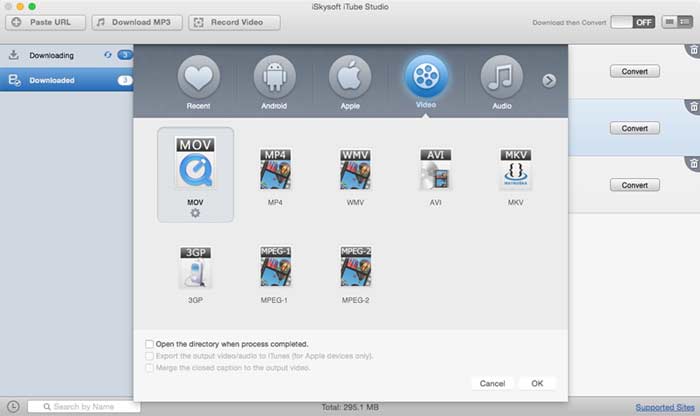 Another great feature of iSkysoft iTube Studio for Mac is its ability to record videos. There are several sites which do not provide you with the option of downloading their videos. For solving these woes, this software enables a Record Video button. This projects a resizable window on the screen, with which you can select the exact portion of which you want the video. Once that’s done, just press the record button and the video will be ready. Something to be noted here is that this method even lets you record livestreams of concerts or sports events.

Goes without saying that you can choose the resolution of all the videos you will download via iSkysoft iTube Studio for Mac. Even if your video is 4K in resolution, this software will download it for you. Plus, it comes with its own media player for viewing your downloaded content. It’s such detailing that makes this Mac program a truly satisfying experience. 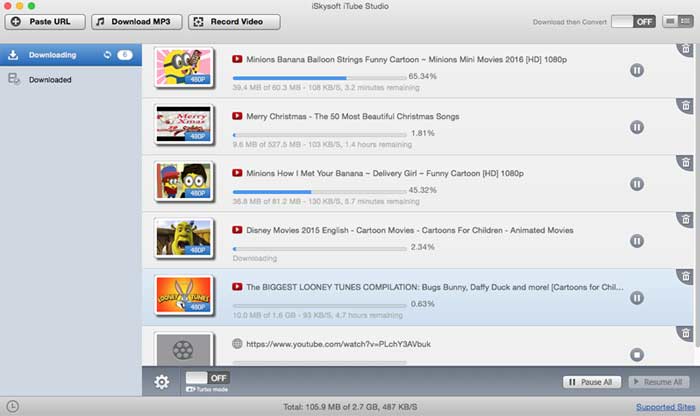 We were moreover, also impressed by its ability to grab a number of videos at the same time. This way you can allow a large batch of videos to be downloaded overnight instead of waiting for each one to get downloaded. In such moments, the option that allows you to automatically switch off the computer once all the downloads are done, proves to be very useful.

A one-year license of iSkysoft iTube Studio for Mac can be grabbed by Mac users for $19, but we’d recommend you go for the lifetime license which comes at just $29. Its makers are even offering a 30-day money back guarantee with the purchases.