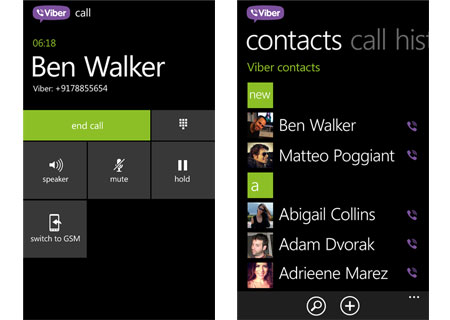 Viber has been updated with support for Windows Phone 8, bringing over several things like free calls with HD sound and a few more attractive attributes. As an increasing number of people switch over to the latest Microsoft mobile OS, there is a rising demand for the app’s functionality on the platform, and it only makes sense to plug a growing need.

A post on the official Windows Phone blog reveals that the app is available for download on the online store. According to the blog, it is one of the most popular VoIP apps in the world, and has achieved this status by offering free calls, texts and photo messaging. The version has been redesigned (in its look and performance) so that it fits nicely with the WP8 experience and as we’ve mentioned, is said to provide the ability to make free calls with HD sound. 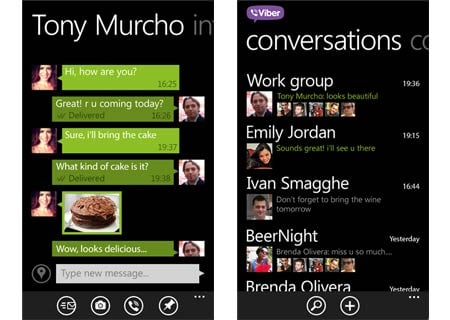 What’s more, and this is one of its key highlights, users will be able to pin to their start screen, a certain conversation that they like, via the platform’s Live Tile functionality. It also allows for lock screen notifications. Furthermore, it carries over some of its general principles. The program syncs with a user’s address book and automatically detects which contacts are using the app for added convenience.

It is said that the app has support for 30 languages and grants users the freedom to connect with friends in group conversations with up to 40 participants. Those using the service can also share an image with others directly from their photo gallery. The download on the Windows Phone store comprises of a 6MB package and is available for free. 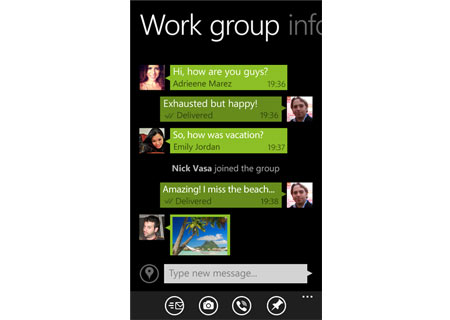 In September last year, the developers added support for a few other platforms including S40, Symbian and Bada OS. Around the same time, it was announced that the app had surpassed 100 million registered users, and on the occasion expanded to the WP platform, although it was then only available for the Lumia line of phones. Towards the end of February this year it was made known that the service had reached 175 million registered users.

Viber for Windows Phone 8 has beaten its chief competitor Skype to the game, and it seems its user base is set to grow once again. With so many other apps offering a very similar feature list, such as Facebook’s Android and iOS calling abilities, it’s only fair that WP loyalists get a choice when it comes to messaging and calling for free.