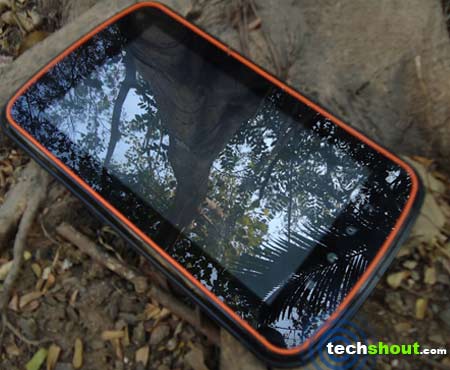 The verykool R800 outdoorsy Android tablet seems all set for the review we’re about to put it through. Considering that it’s a sturdy device which claims to be happy with the great open spaces too, it seems like a perfect contender for those who need a voice calling tablet that can handle spills and splashes. Read on to know just how cool the Froyo-flavored treat really is.

When compared to a number of other weather-resistant devices, the Infosonics gadget scores brownie points for its stylish appearance. The unit is drenched in a pitch black shade and has a hint of orange across the length of its perimeter that grants it some professional appeal. The top edge sports a reset button, a power button and a volume bar, while that on the right hand side is dominated by various input and output ports such as a micro USB connector, a charging port and a 3.5mm audio jack. A SIM card slot and a memory card slot are also hidden under the protective bay. 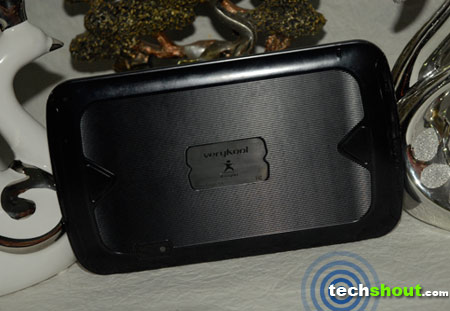 The verykool R800 tablet’s top edge has a speaker as well and comes with dual cameras, one each on the front and the rear panels. Its front side also flaunts 4 capacitive buttons for Settings, Home, Search and Back and two LED lights that glow whenever the slate is being charged or is connected to another gadget via USB. The sturdy device does not entertain fingerprints, but the display may pick up a few if you do not have a screen guard in place.

The R800 is designed to take on outdoor conditions and boasts of being capable of withstanding water and shocks, thanks to its IPX5 rating. A 7-inch capacitive touchscreen of 800 x 480p resolution graces the front and lets you make the most of the interface that comes along with the Android Froyo 2.2 platform, Yes, we do remember that Google has already released the Jelly Bean 4.2 OS. 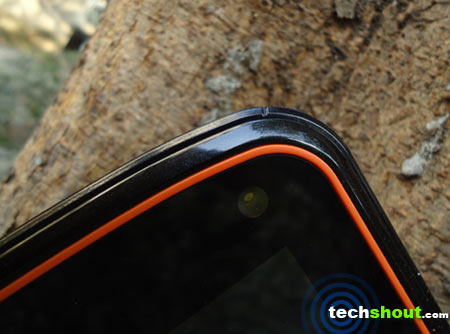 Measuring 11mm in thickness and weighing 417 grams, the slate crams in an 800MHz processor and lets you increase its memory by up to 32GB capacity. The slab has Bluetooth 2.1 and arrives with most of the expected features like Wi-Fi, the basic sensors, GPS, e-compass and more. A 2MP camera, a VGA webcam and a 3500mAh battery are accompanied by FM radio and an A/V player. The gadget is compliant with 3G mobile networks too.

The verykool R800 strives to offer a smooth performance, but fails to do so at all times due to its not-so-powerful internal system. Its Android 2.2 OS and the 800MHz processor refuse to deliver a consistent experience. The biggest disadvantage of the slate is its inability to connect to the Google Play store, which in turn eliminates the possibility of downloading applications on the device without using third party sources. Replacing the onboard application with the newer Play store seems to be the only option to set things right for compatibility with Google’s app market. 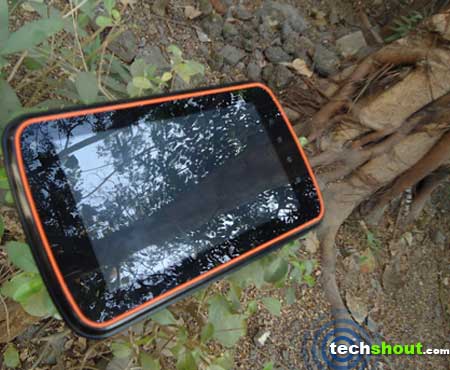 As is the case with most Android gadgets, the R800 too lagged several times, resulting in force closing of applications now and then. We decided to put it through some benchmark tests, and although the results weren’t up to the mark by current standards, it does pretty well for a Froyo gadget. On the Antutu Benchmark tests, the device scored 1894, while NenaMark decided to give it an 8.1. You can even judge its performance from its 3DRating Benchmark and Quadrant Standard Edition results which are 1594 and 571, respectively.

While it does take some decent pictures and videos, the quality isn’t something that will have you awestruck. Nonetheless, with a 2MP camera, the R800 does take clear images and videos without prominent pixelation. The front-facing VGA webcam comes in handy for making video calls and clicking occasional self portraits. Its clarity isn’t as good as the primary snapper though. You may be disappointed to hear that it does not support high definition videos, games or applications. The device eliminates the need for a smartphone as it can make voice calls, but do not forget to carry your earphones along. As for the battery life, even after streaming YouTube videos for close to 3.5 hours over Wi-Fi, we were left with about 45 percent battery. 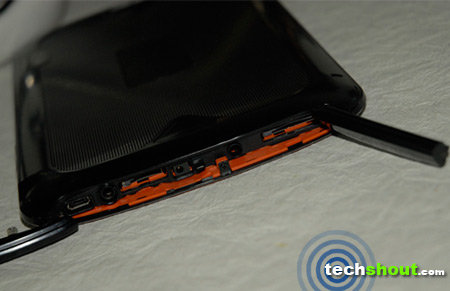 It is rugged enough to be used outdoors and has acquired IPX5 rating for resisting spills, splashes and shocks.

Although of a sturdy build, the device maintains a stylish and eye-pleasing appearance.

The slate runs the Froyo platform and may not exactly be upgradeable to Gingerbread.

It doesn’t offer access to the Play Store out of the box.

It lags now and again and force-closes applications at an annoying rate.

It refuses to support HD videos or demanding applications and games.

So that’s what the verykool R800 outdoor tablet is all about. We wouldn’t say it is the coolest Android slab out there, but if you are looking for a mobile companion that can take on any weather condition and look good at the same time, this may be the device for you. It manages to earn a decent 6.5 on 10 rating from us. The tablet will set you back by around $269.99 and works with carriers like AT&T, T-Mobile, Cellular One, Airfire Mobile and H2O Wireless in the US.