Vertu’s Constellation is bigger and cheaper than the TI, still not affordable

Luxury smartphone maker Vertu has introduced its second handset based on the Android platform, the Constellation, which like its predecessors, is designed from premium materials. Speaking of which, the device is larger than the Vertu Ti, it has slightly better specifications and it’s available for much cheaper.

According to the company, the Ti’s design is connected to its ‘heritage,’ but a new approach has been adopted for the Constellation. The smartphone has been given a minimal appearance. It measures 142.2mm x 70.4mm x 11.2mm and weighs 179 grams. The entire front is coated with a 5.1-inch piece of Sapphire crystal that’s over 100 carats. This provides better protection to the touchscreen by preventing scratches. 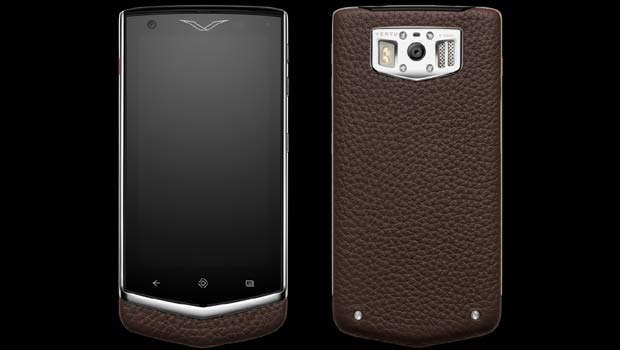 Beneath the protective layer sits a 4.3-inch display that proffers HD visuals and a 1.3MP camera with Skype certification, while a highly durable grade 5 titanium frame surrounds it. The rest of the form factor is dressed in calf leather and it comes in color options of cappuccino, black, orange, mocha and raspberry. The Constellation comes with Android 4.2 out of the box and the company has thrown in its own exclusive services such as Life and Certainty.

Coming to the innards, most of the hard work is done by a dual core 1.7GHz Qualcomm Snapdragon processor. There’s no word on how much RAM the phone has, but you do get 32GB of flash memory. With the 1800mAh Li-ion battery, the handset is estimated to deliver up to 14 hours of 3G talktime or 405 hours of standby. Other features of the Constellation include a 13MP rear camera with dual LED flash, a 11mm x 15mm loudspeaker and connectivity attributes such as A-GPS, HSPA+, Wi-Fi 802.11 a/b/g/n, Bluetooth v4.0 + LE and NFC. 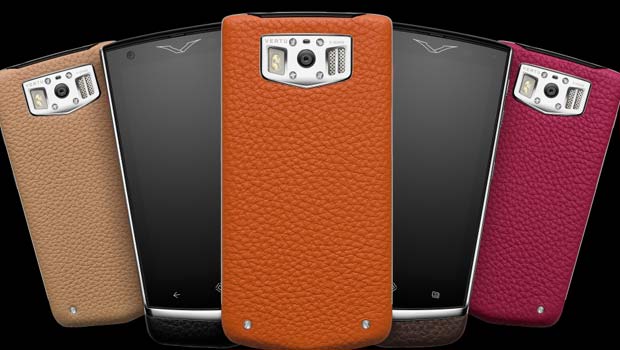 The Constellation will be available in stores this month priced at €4,900.