Luxury phones from Vertu look absolutely stunning on the outside, but they tend to be less alluring on the inside. By that we mean hardware. Well, that’s about to change with the new Signature Touch which packs an exquisite design and flagship-class specs. The luxury design will obviously cost you a bomb, so just image the price of this hardware with the beefy components onboard.

This isn’t the first time we’re hearing about the Vertu Signature Touch. The smartphone was previously leaked through a benchmark under the model number RM-980V. The specs provided then, match the ones found on the handset. Like all Vertu phones, this one is also handmade. The handset is crafted from grade 5 titanium featuring polished and brushed finishes. There’s also hand-finished calf leather onboard for a premium feel. 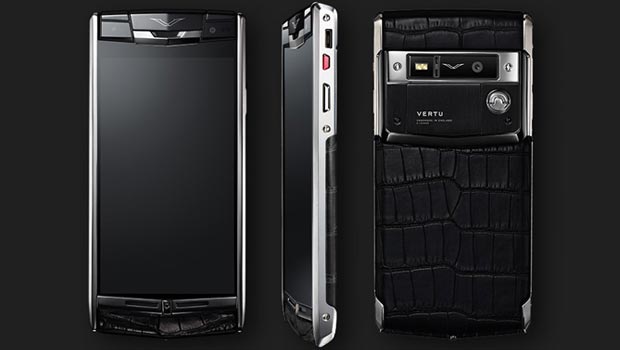 The front panel houses a 4.7-inch display covered by a 5.1-inch slab of sapphire crystal that proffers a multi-layer coating and reduce reflections. Android 4.4 KitKat is what you get out of the box and there are some added features including Qi wireless charging which have been absent on previous releases. The phone also supports NFC and 4G LTE.

The company has teamed up with B&O for high quality speakers and there’s Dolby Digital Plus virtual surround sound onboard as well. The device will be available in multiple shades and designs such as Jet Calf, Claret Calf, Pure Jet, Pure Jet Red Gold Mixed Metals, Seaspray Lizard, Damson Lizard, Pure Navy Lizard and Jet Alligator. 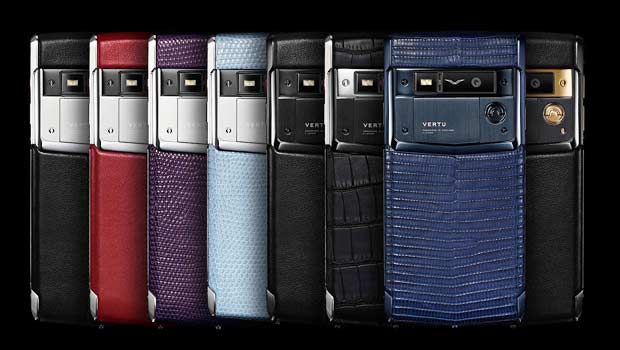 The Vertu Signature Touch will set you back by €7,900 which is for the cheapest model, while the most premium design will sell for as much as €11,500. The company notes that the smartphone will be available 66 countries through stores and its own boutiques.