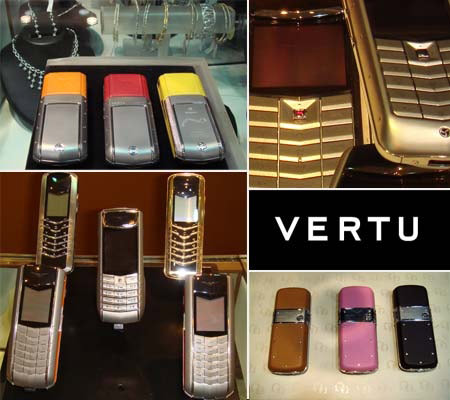 A few years ago, luxury brands were found far and between and were almost synonymous to the term exclusive. But, in today’s day and age, such high-end brands are pouring into India thanks to the wave of consumerism that has taken over. One such brand is the ultra luxurious mobile phone maker Vertu.

Vertu is essentially a UK-based luxury brand whose sole product is the cell phone. The company is a wholly-owned subsidiary of the Finnish mobile phone maker Nokia. But, these are not your run-of-the-mill phones that are widely available in the market today.

Vertu manufactures premium high-end mobile phones which offer a perfect blend of design and technology. And, in India they are available at a few high-end stores one of which is Popley & Sons Jewelers in Bandra West, Mumbai. Incidentally, Popley Jewelers also houses other high-end brands like Tag Huer and Omega watches.

Vertu has introduced four families of Vertu phones in the country – the Ascent, Constellation, the Signature and the Ascent Ti. The starting prices of these phones is Rs.2,20,000 and mind you, this is the price of the Ascent which is more of an “entry-level” phone according to the folks over at Vertu. Prices soar even higher than one can imagine! Apparently, the Vertu Ascent series of phones are the most popular in India. We got a chance to see the Limited Edition Vertu Ferrari version of the Ascent Ti as well as a Yellow Ascent phone with the Monaco race track on its steel back.

But, there is a reason for the exorbitant price tag that Vertu phones carry. The Vertu Signature phone for instance has its glass screen made of Sapphire crystal, making it scratch resistant. After all, it is a similar kind of glass used in a Rolex watch! Some Vertu phones have Ruby ball bearings under their buttons while the LiquidMetal and Titanium combination makes these phones very durable.

Vertu phones also have a ceramic cushion for the ear and even offer a Concierge service available at the touch of a button when traveling.

That’s not to say that the Vertu phones with their rich design fall short of anything on the interior. In fact, the power conductivity used in this phone is made from pure gold components which help the battery utility to be optimized.

Nokia solely provides user-friendly OS for Vertu handset, but they are not the manufacturers. 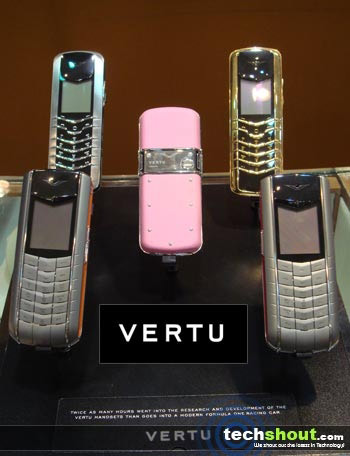 We were lucky to get a chance to speak with Mr. Rajiv Popley, Director of Popley Group, India. As mentioned earlier, Popley & Sons Jewelers is one of the few stores that house Vertu’s stunning collection of mobile phones. He let us in on the Vertu brand of mobile phones and how they have been faring in India.

“The response has been pretty encouraging contrary to what we had thought earlier. We assumed India was quite conservative about certain products specially a cell phone which does not have a competitive nature in the country. So, we did not have a comparison to really take it on from. In fact, when we launched, I presume the most expensive phone the market was around Rs.40,000, while we were pegging at straight Rs. 2,50,000 and above. So that was the vast distance we had to make up to the Indian consumer. But, it was far easier than I really thought it to be,” said Mr. Rajiv Popley.

Vertu does not make customized phones. However, they do come up with Limited Edition pieces some of which are brought into India as well. For instance, there were eight pieces complete with Pink Diamonds, crafted by one of the most renowned jewelers in France. One of these pieces reached India and was actually retailed at Rs.16 crores!

When Vertu was first launched in India, the promotion campaign comprised six ambassadors including well known personalities like Shobha De, Leander Paes, Karan Johar and Ujwala Raut. We were also let in that the Bachchan family is amongst others on the list of high-profile buyers for these equally high-priced phones.

Vertu also had a presence at the recently held Extravaganza Mumbai 2008, the luxury exhibition in Mumbai city. This brand was very apt for this high-end exhibition.

Seeing the popularity enjoyed by the Vertu brand in the country, there is a possibility of doing a mono-boutique, signs off Mr. Rajiv Popley of Popley & Sons Jewelers.