After months of speculation, Nokia finally unveiled the Lumia Icon smartphone that’s an exclusive launch for Verizon. The device is a smaller version of the 6-inch Lumia 1520 phablet and it comes with the same high-end features found on its larger sibling.

The Nokia Lumia Icon is the second exclusive for Verizon. Last year, the company launched the Lumia 928 which is a variant of the Lumia 925. We’re still to see if the Finnish giant plans to bring the latest high-end 5-inch device to the international market. The smartphone in question is designed with an aluminum ring which surrounds the edges. This not only makes the phone more durable, but also enhances the antenna performance. 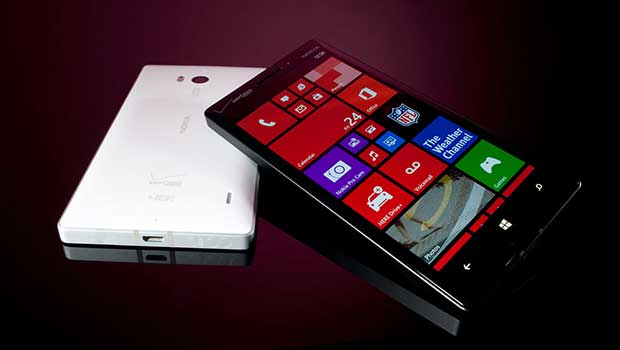 The Nokia Lumia Icon features a 1080p FHD display protected by Corning Gorilla Glass 3. On the rear, you’ll find a dual LED flash and a 20MP PureView camera. The company has also thrown in Rich Recording and HAAC microphones for capturing high quality audio. Unlike its larger sibling, there’s no memory expansion slot available and 32GB is all that you’re going to get.

If you’re interested in picking up the Nokia Lumia Icon, it can be purchased through Verizon’s website or Microsoft’s online store for $199 and a new 2-year contract. For those who buy the device before March 16, the Redmond giant is offering it with a free Wireless Charging accessory.

Let’s take a look at the specs: