Based on the latest rumor making the rounds, Verizon’s version of the 6-inch 1520 Windows Phone 8 phablet dubbed Nokia Lumia 929, will hit shelves on November 21. The smartphone in question has been speculated about for months now and it looks like we’ll finally know what the 929 is all about.

What we know so far is that the Lumia 929 won’t be as large as the 1520 phablet. Instead, the company will shrink down the display size from 6 inches to around 5 inches whilst maintaining other features. The panel is said to proffer visuals in 1080p resolution. Also, it could be a ClearBlack IPS LCD with Corning Gorilla Glass 2 or 3. 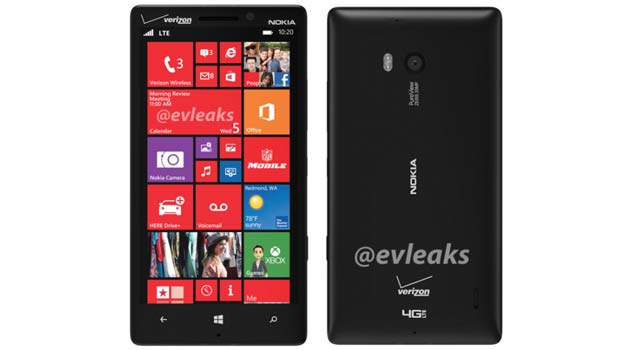 NokiaPowerUser is reporting based on details received via an anonymous tip that the Lumia 929 will retail for a discounted price of $199 on Black Friday. Also, the Lumia 2520 tablet will sell for just $399 or $199 when purchasing the phablet as well. Based on a previous rumor, the smartphone will sell for $500 off-contract. Where the remaining specifications are concerned, the device will be no different than the Lumia 1520.

Let’s take a look at the Lumia 929’s possible features:

While the previously rumored launch date of November 6 was incorrect, we’ll know whether the Lumia 929 will really make its debut on Verizon in a couple of day’s time. Also, Nokia could be working on a new successor to the Lumia 1020. Rumor has it that it will launch 2 new smartphones dubbed Lumia 2020 and Lumia 1820 with Windows Phone Blue.