Hey Verizon! 2012 called, it wants the Motorola Luge back

Like almost every other new gadget, the Motorola Luge was leaked ahead of its official launch and there were rumors that it would be one of the company’s latest big screen devices. It is in fact merely the aged Droid Razr M renamed and repacked, a phone we were introduced to back in 2012.

You’re probably wondering why Verizon decided to rebrand the handset and not offer it with the original moniker. Well, it’s quite obvious that no one’s going to buy an old smartphone when there are so many compelling options in the market. So this is the most viable strategy anyone could think of. 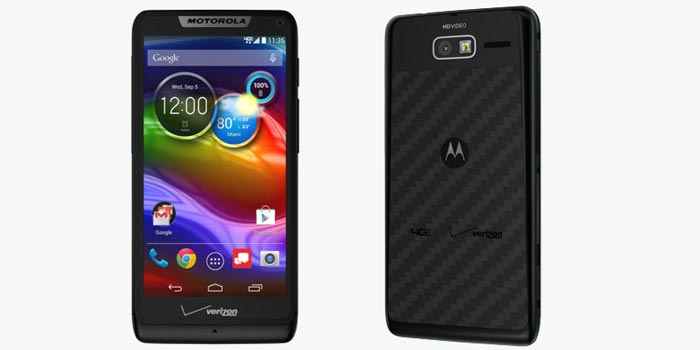 The Luge is going to be part of Verizon’s prepaid lineup and it didn’t even get a formal unveiling. The phone was spotted on the carrier’s website by Phandroid. What’s interesting is that the Droid Razr M is still on sale carrying the same specs and price. The only difference is that the new handset comes in black, while the 2012 model is available in white.

Also read: Motorola Droid Turbo for Verizon will make you forget the hype around the Moto X+1

Even though the phone is a couple of years old, it still sports various attractive features. The device flaunts a rugged design which is made from DuPont Kevlar fiber with a water–repellent nano–coating to prevent liquid damage. Apart from this, there’s Corning Gorilla Glass protecting the 4.3-inch qHD display on the front.

Here’s a quick look at the Motorola Luge’s specs: 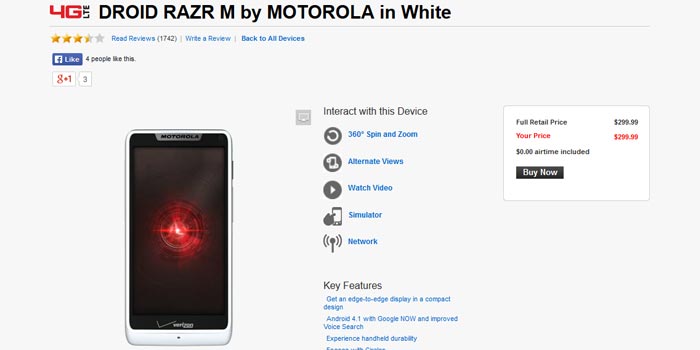 The Motorola Luge can be picked up via Verizon for $199.99 with a pre-paid connection or $299.99 at full retail. Head over to this link if you’re interested in the white model which is essentially the ($299.99) Razr M.