Instead of outing three different Droid smartphones like last year, Verizon has decided to go for just one which comes in the form of the Motorola Droid Turbo. This ultra-impressive device features top of the line components in every sense of the term.

No really; it comes pretty close to being the perfect smartphone, thanks mainly to its 48-hour battery life. The 3900mAh power block inside the Verizon Droid Turbo is claimed to last of 2 days without any need to charge it. And when it’s up for charging anyway, you can literally add 8 hours of juice to it in just 15 minutes thanks to its Turbo Charge technology.

At the heart of the device is a Snapdragon 805 processor that’s clocked at 2.7GHz. An Adreno 420 GPU and 3GB worth of RAM are also present inside it. After delivering a 5.9-inch Quad HD display on the Nexus 6, Motorola has blessed the Droid Turbo with a 5.2-inch panel of the same resolution. This one too is an AMOLED screen that’s covered in Corning’s Gorilla Glass 3.

That’s not the only protection it’s got, even as a Kevlar back cover can also be found on the smartphone. If megapixel counts impress you, you’d definitely be pleased by its rear camera, but won’t care much about its front one. That’s because the back snapper has an amazing 21MP sensor with 4K support at a cinematic 24fps, while the front shooter is just 2MP in capacity.

Here’s a neat look at the specs of the Droid Turbo: 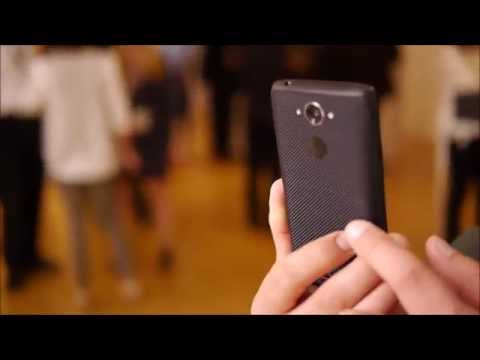