Verizon Ellipsis 8 tablet with XLTE is official and on sale

Verizon has launched a new tablet dubbed the Ellipsis 8 which it plans to sell as an affordable option packing some pretty alluring features. What’s more, the slate is XLTE ready which means that you’ll be treated to faster LTE speeds with almost double the bandwidth.

The Verizon Ellipsis 8 tablet is the successor to the 7-inch model which went official back in November 2013. The latest release comes with a display of 8 inches wide proffering 1280 x 800 pixel resolution. The slate is a pretty attractive one as it offers slim bezels like the LG G Pad tablets, and runs on Android 4.4 KitKat. 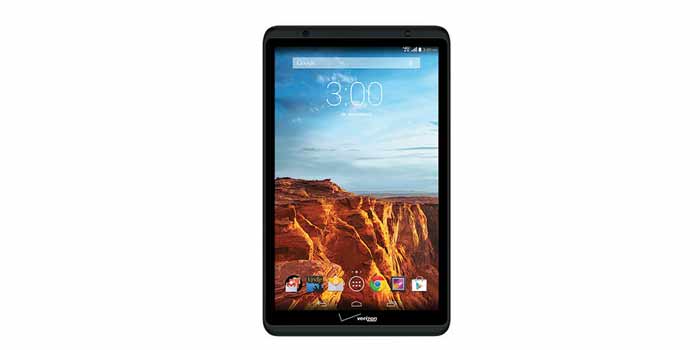 Verizon says that it’s easy to hold in one hand and can be an ideal choice for reading ebooks and mails or even watching videos. The carrier is being quite reserved about the hardware employed on this device. The processor is said to be a 1.5GHz quad core chip, but there’s no mention of a make or model. Additionally, memory provisions such as RAM and storage have been kept secret as well.

What the carrier has revealed is that the slate comes with a 5MP main camera, weighs around 342 grams and offers a large battery of 5000mAh. The power pack is estimated to offer standby of up to 288 hours or 14.51 hours of activity. The tablet also comes with the Verizon Messages application which allows you to send and receive texts. Sadly, it doesn’t do voice calling.

The Verizon Ellipsis 8 is already available for purchase through the carrier’s online store and retail outlets. It’s priced at $249.99, but can be picked up at $149.99 with a 2-year contract, for a limited time.