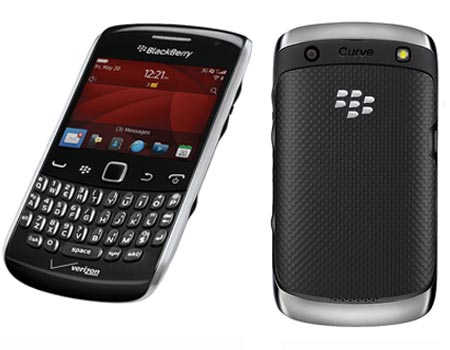 The latest addition to the Verizon Wireless assortment is the BlackBerry Curve 9370 handset, which will operate on its 3G network. Bearing a sub-$100 price and necessitating a two-year agreement as well as a mail-in rebate, the phone seems suitable for budget conscious RIM loyalists.

Equipped with a QWERTY keypad like most other BlackBerry members, the smartphone should mostly appeal to heavy texters and messaging buffs. For web browsing fans, easy navigation is facilitated by an optical trackpad. This is accompanied by a 2.44-inch transmissive HVGA TFT LCD screen which displays content in a resolution of 480 x 360p.

On the flip side, the device is dotted with a 5MP camera which is graced with functions like face detection, flash, image stabilization, scene modes, digital zoom and more. The BlackBerry 7 OS means the user experience should be much more fluid as compared to phones running on the previous version of the platform. The handset even comes pre-loaded with apps like Social Feeds as well as BlackBerry Protect. 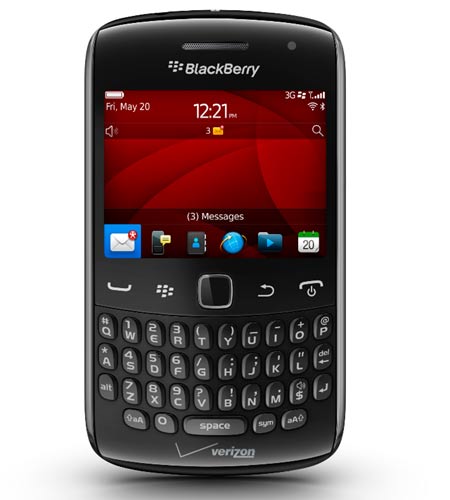 Embedded with a standard lithium-ion battery of 1000mAh capacity, the phone is said to be capable of surviving talk time of almost 330 minutes or standby time of around 14.5 days. The incorporated processor offers a speed of approximately 800MHz, while the onboard flash memory amounts to 1GB. This is supported by 512MB RAM and a 2GB pre-installed microSD card which can be replaced for another one with a capacity of up to 32GB.

The Verizon Wireless BlackBerry Curve 9370 price is $99.99, exclusive of the inevitable data plans. It can be purchased from Verizon stores or the network carrier’s official web portal.