Verizon is updating the LG G Pad 8.3 to Android KitKat

The initial version of the LG G Pad which was launched with an 8.3-inch display and Android 4.2 Jelly Bean onboard is being given a software update by Verizon in the US. This download will infuse the device with the Android 4.4.2 KitKat OS and will also infuse it with a few other useful features.

The OTA update will change the battery icon color on the tablet from blue to white, whereas it will even introduce the KitKat version’s much loved Immersive Mode which gives a full-screen effect for apps and games. Apart from this, wireless printing support and changes in accessibility settings also form part of the update. 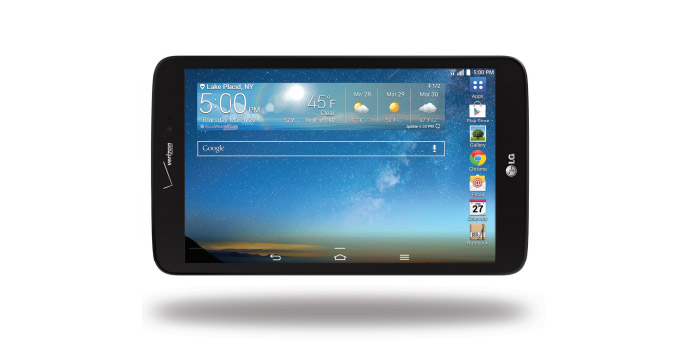 And then there’s even the Multi-User Mode feature that enables different users to customize interfaces and access them with their passwords. Verizon has revealed that this update for the LG G Pad 8.3 brings with it LG’s famed Knock Code system for additional security.

Verizon is the sole carrier that’s offering this tablet in the US right now. Since its release, LG has infused the G Pad range with a trio of affordable slates that come in 10.1-inch, 8-inch and 7-inch variants.

Here’s a look at the specs of the LG G Pad 8.3 if you’re interested:

Verizon usually releases its OTA updates in batches, so keep some patience if you aren’t a download prompt on your LG G Pad 8.3 yet.