US carrier Verizon is all geared up to release the Samsung Galaxy Core Prime in the country now. The smartphone will be made available online on February 26, while its launch through physical retail stores will take place on March 5.

Those interested in the Samsung Galaxy Core Prime will be able to purchase it in exchange of $29.99 and a two-year activation. And those who find themselves to be eligible for the Verizon Edge platform will be able to take home the handset at zero down payment if they agree to shell out $8 every month.

The Galaxy Core Prime is a low-end smartphone which offers a 4.5-inch WVGA display and a 64-bit 1.2GHz quad core Snapdragon 410 processor. It even ships with a 5MP rear camera with LED flash and a 2MP selfie unit, among other respectable components.

Verizon has said that this Samsung phone is capable of taking advantage of its advanced XLTE network. While the Android 4.4 KitKat OS comes pre-installed on it, an update to the 5.0 Lollipop version will indeed be released for the handset sometime in the future. 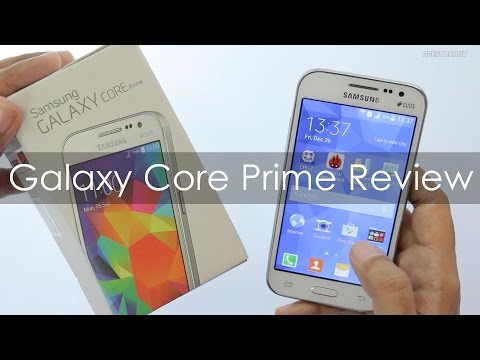 Here’s a clear look at all the main specs of Verizon’s new Samsung Galaxy Core Prime:

Like we said, the Samsung Galaxy Core Prime will be releasing via Verizon on February 26. You can either go for a two-year contract and a $29.99 price or opt for paying $8 every month through the carrier’s Edge plan.