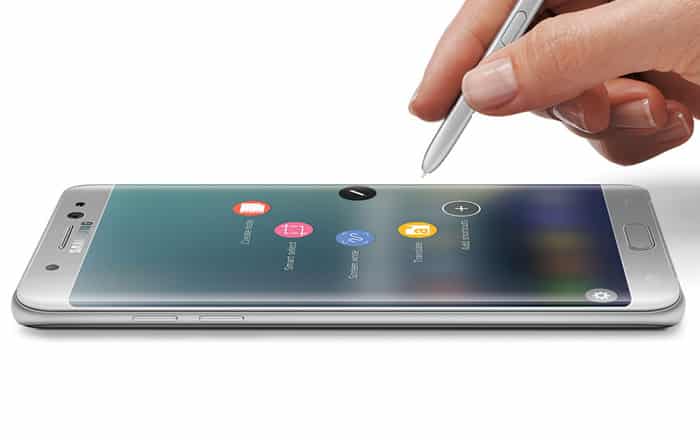 Major US carriers such as Verizon and Sprint have already begun selling safe editions of the Samsung Galaxy Note 7. The initial batch has been embroiled in controversy over battery explosions and a bungled recall.

The fresh set of Galaxy Note 7’s have gotten the US Consumer Product Safety Commission’s approval and supposedly won’t go up in flames. Samsung had previously stated that it had shipped over 500000 safe models of the smartphone to the country. These were expected to only go to participants of its recall program.

However, The Verge claims that only 25% of Galaxy Note 7 owners have actually handed in their phone. It’s possible Samsung is allowing carriers to put surplus units of the device up for sale. Verizon, Sprint, AT&T and T-Mobile are all vending the handset right now. The first two are selling it via their online stores and the latter two via their physical ones.

Samsung recently announced that it was releasing a software update for both exploding and non-exploding units of the smartphone. Once installed, individuals who have the former will see the battery indicator in the top right corner of their screen turn grey. Every time they restart or charge their phone, a message is supposed to appear.

The notification informs them of the safety risk and tells them to power down and stop using the Galaxy Note 7. As for the safe new units, owners are supposed to receive the update within 8 hours after first use at which point the battery indicator will turn green. They can also check for a square symbol on the label of the packaging box.

A quick recap of the Samsung Galaxy Note 7’s specs:

Once again, you can buy the Samsung Galaxy Note 7 via Verizon and Sprint priced at $864 and $849.99, respectively.